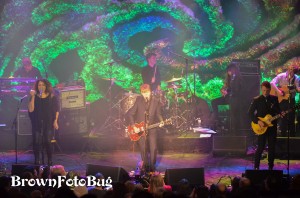 There are several smells that I don’t necessarily want to be part of my concert experience. One is popcorn, another is calamari, and patchouli holds a consistently tertiary role. Unfortunately, all of these smells were present as I waited to hear Neil Finn take the stage at the Neptune Theater on March 30, 2014. Before I realized that I was smelling popcorn, I kept looking around to see who was trying to smuggle a block of aged Limburger into the venue via their skivvies. As for the calamari, that’s anyone’s guess.

It was my first concert at the semi-recently transitioned and refurbished venue, and I was pleasantly surprised. Parking in the U District wasn’t nearly as frustrating as I’d expected, and I was only panhandled seven times during the two block walk from my car to the venue.

My only prior Neil Finn experience was back in November 1986 when I saw Crowded House play at CBGB in NYC. Before the show, my friends and I popped into a restaurant in the East Village called Fruta Del Mar (“fruit of the sea” in Polish or something), and much to our surprise, the entire Crowded House band was dining at the table next to ours. I don’t remember mingling with them, but I do recall that we patrons were abuzz being in the presence of a band whose debut record was soaring the world-wide charts with hits like “Don’t Dream It’s Over” and “Something So Strong.”

CBGB seemed like an odd venue for such a “hot” band, but like many other artists and bands, they probably wanted to have that CBGB gig under their belts for posterity. Of course the venue was packed to the gills, and the band was in high spirits with lots of humorous asides between their borderline-perfect pop songs. And now, almost thirty years later, here I was at the Neptune to see what finely-crafted ditties Neil would pull out of his cap.

As I gazed around the Neptune, mildly appreciating the “stained glass” portrayals of King Neptune that lined the walls near the stage (the one of Neptune harpooning a mermaid was bothersome), I realized that my relationship with Neil involved the sea. Perhaps the calamari odors, and sharing an experience together at Fruta Del Mar, were harbingers of a future with Neil as he scoured the ocean in search of another song as enjoyable and well-written as his work thirty years ago.

Opening band – Midlake – took the stage promptly at 8:00 p.m. Apparently they’re from a small town in Texas, and as they’d remind us several times during their half-hour set, only half of the band was present. Sporting just two acoustic guitars and a multi-instrumentalist, these fellas doled out six harmless tunes in search of a memorable melody. As they played, I couldn’t help but think of such innocuous early-’70s bands like Steeleye Span, whose beauty held no substance. But, when the multi-instrumentalist whipped out his flute, things snapped into Surrealistic Pillow mode. The only thing missing from their offerings was an interpretive dancer, alone in a spotlight, waving green scarves and flaying her arms like a lonely birch in the soft summer breeze. They ended their set like most vest-wearing beard farmers should, with a cover song from the band that’s held aloft as the golden calf, coveted by this current crop of throw-backs, The Band’s rendition of “I Shall Be Released.”

After a twenty-minute interlude, the house lights came down, and the stage filled with black silhouettes. When the lights came up we saw Neil dressed in a slim-fit, black suit with tussled hair, sporting blonde highlights. My first thought was, “Wow! It’s Paul Weller!” But, it was just Neil. As he began to play the keyboard, the audience was filled with anticipation at which of his many hits he’d play first. But, Neil decided to kick off the night with a song from his latest record Dizzy Heights called “Impressions.” Backed by his son on drums, his wife on bass, a spunky lead guitarist whose appearance morphed between Conan O’Brien and Red Hucknell, some random acoustic guitarists, and a female vocalist (who would remain center-stage for most of the show), the venue was soon filled with the unmistakable sound of bad 1980s dance music.

After that five-minute-long introduction to his new direction, Neil played another song off of his latest record called “Flying In the Face of Love.” The energy level of the audience continued to dim, and the sound at the Neptune was atrocious. Reverb can be a wonderful thing. It can add ambiance to a small gathering of musicians. But, when there are seven people making music it only muddies the sound, and the mix at this gig was as muddy as it gets.

Finally, Neil whipped out something that the audience could appreciate: “One Step Head” from the nearly perfect 1981 Split Enz release Waiata, and the crowd bounced on their heels in appreciation. However, this enthusiasm wouldn’t last, as the next eight (!) songs were plucked from the new Dizzy Heights, random Pajama Club songs (Neil’s band with assorted family members), and records from the Finn Brothers. At this point, the applause from the audience mimicked what you’d hear from the gallery responding to an unknown golfer getting a bogie on the 12th hole of the British Open.

Then, a visibly drunk Eddie Vedder meandered onto the stage, and things got interesting. Sporting his stalwart baseball cap and clutching a bottle of beer, Eddie sat at the keyboard as Neil strapped on an acoustic, and they tip-toed their way through the Finn Bros. song “Where Is My Soul.” Eddie did his best to play along, instructed by Neil to simply play the “C” note on the keyboard, and was good-naturedly reprimanded by Neil when he accidentally threw a “B” into the mix.

The energy level of the crowd soared when Eddie was on stage, and when he unleashed his historically-grungy growl during “History Never Repeats” (Split Enz), and whipped his microphone in Daltrey-windmill fashion, the excitement level was the highest it had been all night.

Then, after Eddie had left the stage, Neil dredged out yet another weeper from his new record called “Dive Bomber,” and sure enough – the energy level of the audience plunged appropriately.

“Don’t Dream It’s Over” got played, with coerced audience participation, followed by two more lifeless songs from Neil’s new record, and a few more obscure selections from Neil’s back catalog, and then it was encore time. Eddie came back out for a nostalgic rendition of “I Got You” (Split Enz), and hung around for two more songs. By this point, Eddie was so lit that he was rolling on the stage drooling, and thrusting his mic into the face of anyone in the front row that just might happen to know the lyrics.

Neil Finn is an incredibly talented man, and some of the songs he’s written in the past thirty years stand as pillars in the pop-songwriting genre. However, this night at the Neptune I witnessed a performer who seemed to assume that the audience had been with him for the entire ride, knew every project he’d been involved in, and would recognize every “deep cut” he might play. But the vibe I picked up from the audience was that they really wanted to hear the hits, or at least more of the Crowded House songs that they considered hits. Instead, they were dealt a cornucopia of dizzying selections that had no flow, and a set list that disregarded why the nearly sold-out crowd was there in the first place. 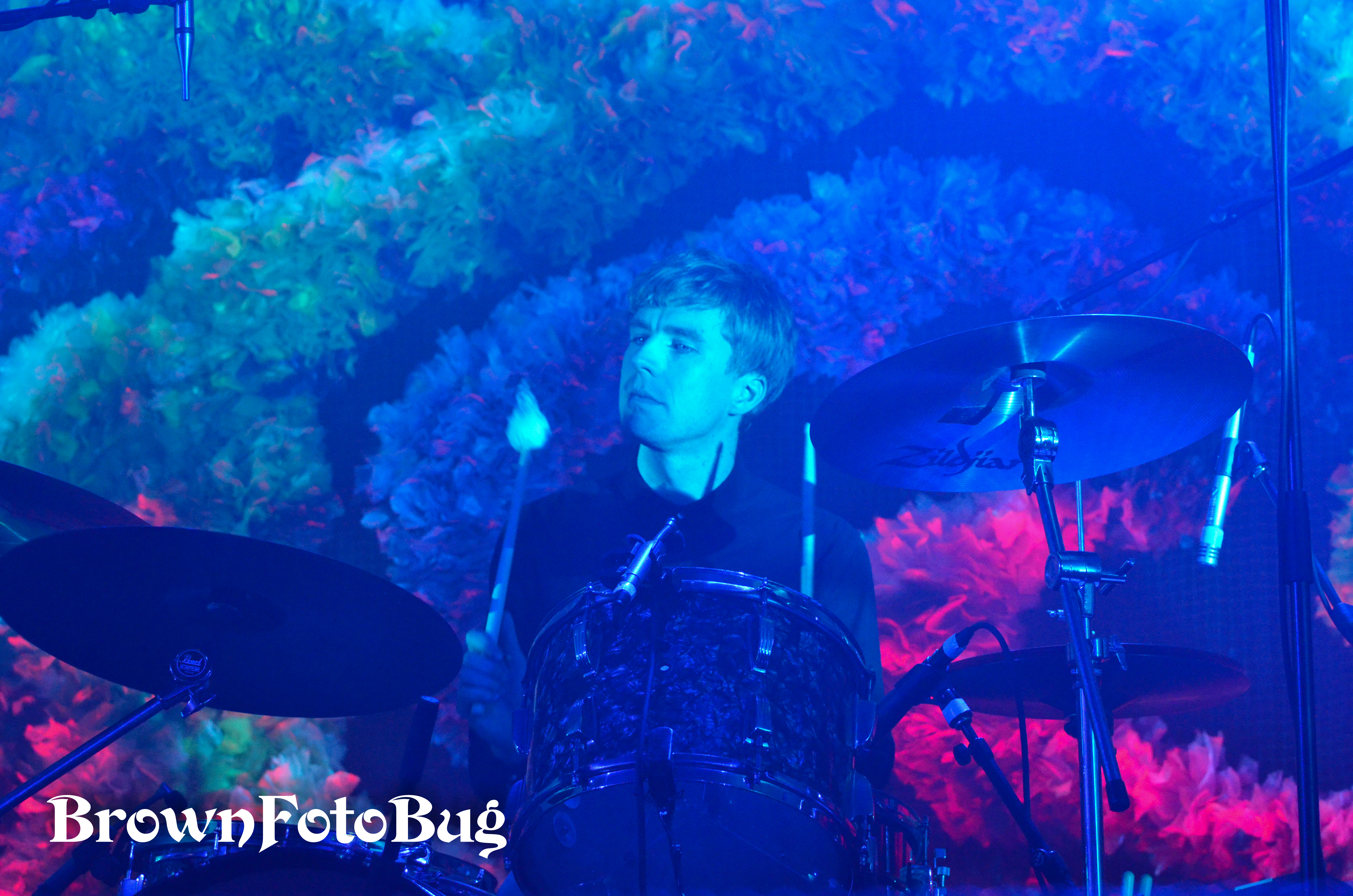