Metronomy Courts the Audience at Neumos 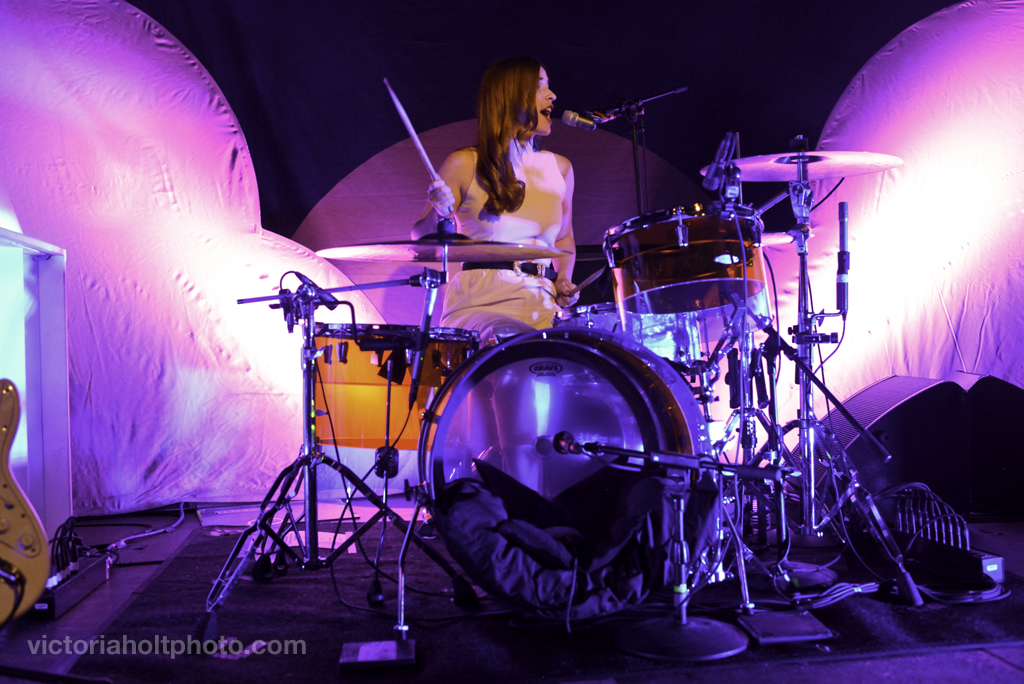 English electronic rockers Metronomy are an incredibly romantic band. Their single, “Love Letters,” from their 2014 release of the same name, is an all-encompassing, engulfing soul jam, with every band member wailing the title. Front man Joseph Mount sings, “I’ll keep on writing . . . I’m always writing . . . ” in between each burst from the band. The song is upbeat and infectious, but there’s an undeniable heaviness to it. The repetition of the words feels pained, a plaintive hope for reconciliation. At just over three minutes, the song is short and sweet, but the refrain sticks in your head long after it’s finished.

Even Metronomy’s earlier, more experimental albums carried themes of obsession, heartbreak, and loss within heavy hitting electro-rock jams. Tonight’s show at Neumos felt like a slow courtship between band and audience, with the band frequently expressing their love of Seattle, and the crowd going wild in return. Mount told the crowd, “Seattle, it’s been awhile since we’ve been in your city. Some gentrification has been happening!” Everyone laughed, but it’s a sobering reminder of the changes going on outside the walls of Neumos.

Mount formed the band as a one-man project in his teens in Devon, England, but the lineup has grown as the group released more and more albums. He is now joined by Olugbenga Adelekan on bass, Oscar Cash on keyboards, and Anna Prior on drums, with Michael Lovett as a recent addition on keyboards for the new album. They’re a dynamic group with charmingly synchronized dance moves, and all members sing at some point or another. Prior takes lead vocals on “Everything Goes My Way” from 2011’s The English Riviera. Cash stole the show prancing around like a wedding singer on “Naked Smile,” a remix of a Box Codax song. Adelekan and Lovett provide backup harmonies for almost every track.

After a hearty helping of dancing, Mount slowed everyone down and said, “What would a concert be without a slow jam? Take a few minutes to reflect on things, Seattle. If you’re in love with someone, set them free. NO! Tell them you love them.” The track was “The Upsetter” from Love Letters, with a meditative beat from Prior and measured strumming on guitar. The end of the song fades out with the band lamenting, “You’re really giving me a hard time tonight,” while Lovett picks out bright and clear notes on an acoustic guitar. As the song ended, Mount crooned into the mic, “You’re not giving us a hard time tonight, Seattle.” The crowd let out shrieks of delight as the band started up “The Bay” from The English Riviera. It starts out slow, Adelekan’s bass rocking the room as more and more elements are added, growing to a crescendo of uplifting harmonies proclaiming, “It feels so good in the bay!” Mount rocked live bongos, adding a whole new texture to an already infectious track. It ends as it began, with Adelekan absolutely slaying on bass.

Openers Cloud Control from Australia had drawn a crowd of their own. People screamed their name before they started, and one crowd member called out a song request. Wanting “Promises,” from their 2013 release, Dream Cave, the person in the audience yelled, “Please, you promised!” Those in the know laughed at the pun. The band were upbeat and fun with bold, direct, catchy lyrics, perfectly setting the mood for the all night dance party.

Before the last song of the night, Metronomy’s Mount prefaced excitedly, “Alright Seattle, this one’s an oldie but a goodie.” Adelekan let out a deep growl, and they launched into “You Could Easily Have Me” off their first full length, Pip Paine (Pay the £5000 You Owe). Prior smashed on the drums and the band all surrounded her, pointing at her as if to say, “Get a load of this.” It’s passionate and frenetic, the band going wild, the kind of song you thrash around to. The crowd gladly obliged, exploding into a mosh pit, and band and audience were one. 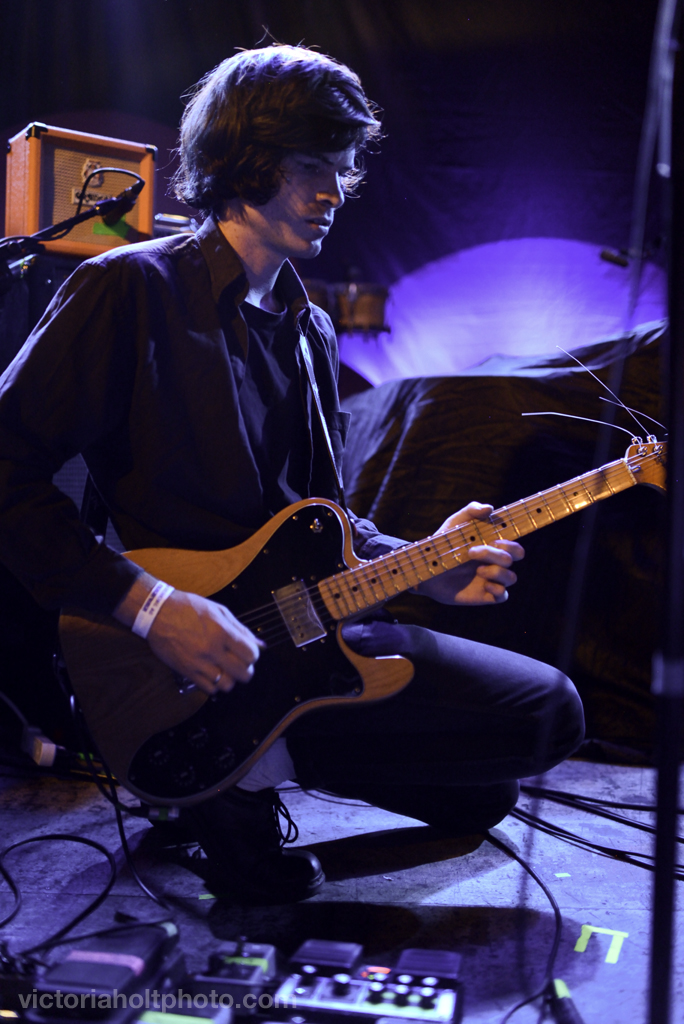 Heartbreaker
You Could Easily Have Me

Originally from San Francisco, CA, Victoria completed her Bachelor of Fine Arts in Photography at Seattle University. Her passion is making live music look as great as it sounds. Her work has been featured in The Stranger, The Seattle Weekly, The Capitol Hill Times, and online with KEXP, Live Music Blog, and Back Beat Seattle. Her 2012 BFA thesis, “Seattle DIY: Live Music,” has exhibited at various venues in the Seattle area, and offers an in-depth exploration of six “Do-It-Yourself” underground spaces. For a behind the scenes look at music, she shoots in-studio performances at local radio station KEXP.
Related ItemsCloud ControlMetronomyNeumosNewsSeattle Music HappeningsVictoria Holt
← Previous Story Allen Stone Kicks off Summer Concert Series at Chateau Ste Michelle
Next Story → Eels with Chelsea Wolf at The Moore Theatre