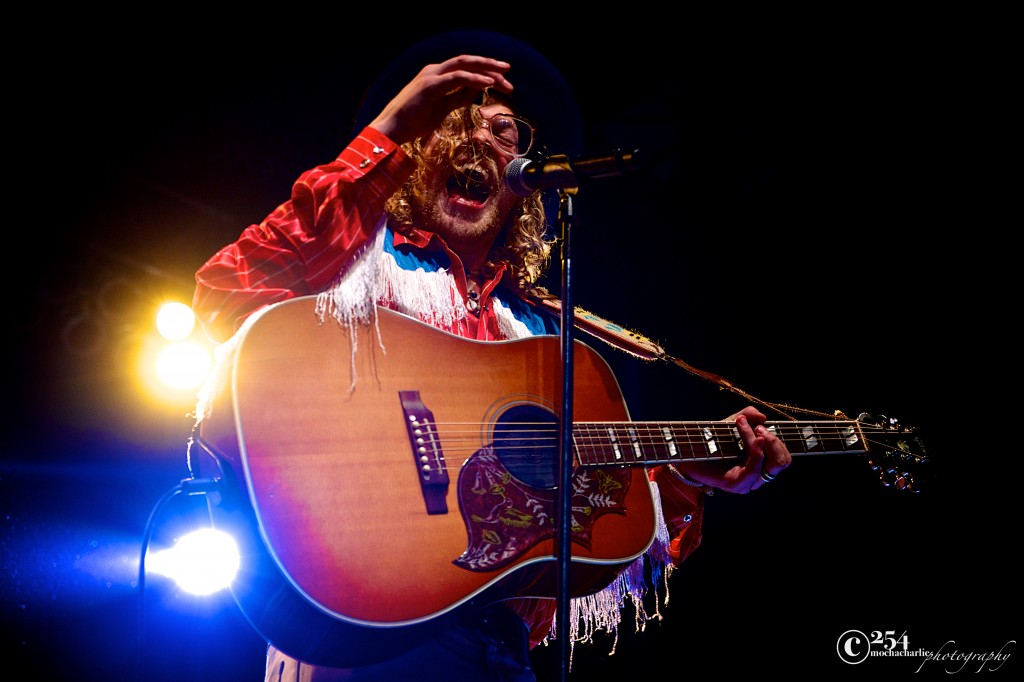 Seeing Allen Stone perform is not only a near breathtaking experience, it truly is a show NOT to be missed. If you ever find yourself yearning to see a musician who loves his craft, takes pride in where he came from, leaves you speechless with his performance, and is humble beyond a doubt – go see Stone.

He’s come a long way from Chewelah, Washington. He’s now performed on every continent except “the poles,” and has shared his voice and musical talent with millions. It’s so hard to believe that just over four years ago, I saw him perform at a Seattle Living Room Show, with not even 30 people in the room.

Stone has the ability to capture just about every music fan because of his pure, raw talent. I love seeing the reactions from people when they see him for the first time. Their mouths are agape, and within moments, they (along with veteran fans) are up on their feet, singing along and dancing in the aisles. His energy is definitely contagious. His band is (I hate having to use the word, but it just seems to fit) tight. They are like brothers. They joke, laugh, and are completely in sync when they play. When Stone announces each member, there’s always huge roars from the crowd. He’s had the same performers with him almost from the beginning, Brent Rusinow on bass, Greg Ehrlich on organ, Jason Holt on drums, Trevor Larkin on guitar, and  Steve Watkins on keys, (who is their most recent addition, joining the band last September).

Friday night’s show at Chateau Ste Michelle Winery‘s Amphitheater was the first of many for the summer concert series, and it marked the first headlining date for Stone near the Seattle area since playing Bumbershoot last fall. The first band to take the stage was the newly formed SISTERS, a Seattle-based duo fronted by Andrew Vait (Eternal Fair), and Emily Westman (Seattle Rock Orchestra). The two musicians met on the Miami University campus a few years ago. They both ended up in Seattle, and earlier this year decided to make music together.  They’re currently in the studio, and hope to release their debut EP soon. You can hear their first single “Back 2 U” on Soundcloud.

Once the lights went out after the intermission, the crowd began chanting “Allen, Allen, Allen,” maintaining a level of excitement throughout the entire show. Even when the crowd went silent as Stone allowed a friend to take the stage to propose to his girlfriend (she said yes!), there was still palpable excitement among the 4000+ fans. During the show, the crowd was given many opportunities to move & groove, and they took full advantage. They even stayed on their feet when Stone disappeared from the stage mid set, only to return with a fresh new look. He played songs from his previous albums (Last To Speak and Allen Stone), and included a few new tunes from his forthcoming release, slated for early 2015. The encore included special guests, The Passenger String Quartet. Fronted by Andrew Joslyn, (who’s played with many  local musicians, toured with Macklemore, and will soon be touring with David Bazan), they lent some unique sounds to “Figure It Out,” “Million,” and “Unaware.”

Flying out the next morning to play The Playboy Jazz Festival at the Hollywood Bowl, it seems like the guys are true jet-setters, always on the move. When will that stop? They’ll be taking some time off mid-July to early September, with perhaps a bit of R&R, perfecting the new album, and  . . .catching up on sleep. Stone, who recently built his own studio on property in his hometown of Chewelah, will be able to spend some time there and also looks forward to some downtime; reminiscing, writing, and spending time with family and friends. His next tour, “Radius” (which will be the title of his next album), will begin late September and run through the end of October. As for a Seattle stop, you won’t find one during the “Radius” tour. He’s holding out to do something memorable for his local fans closer to the album release date. I personally can’t wait!

Mocha Charlie is an amazing photographer who has a real passion for music. She covers and shoots several shows per month in and around the region. She a brilliant photo journalist but most importantly, she is also a mother who does her best to balance out her life and live it to the fullest. Mocha Charlie uses her passion and talent to support the community, her friends and family any way that she can.
Related ItemsAllen StoneChateau Ste. MichelleMocha CharlieNewsSeattle Music HappeningsSISTERS
← Previous Story Joan Osborne and the Holmes Brothers
Next Story → Metronomy Courts the Audience at Neumos