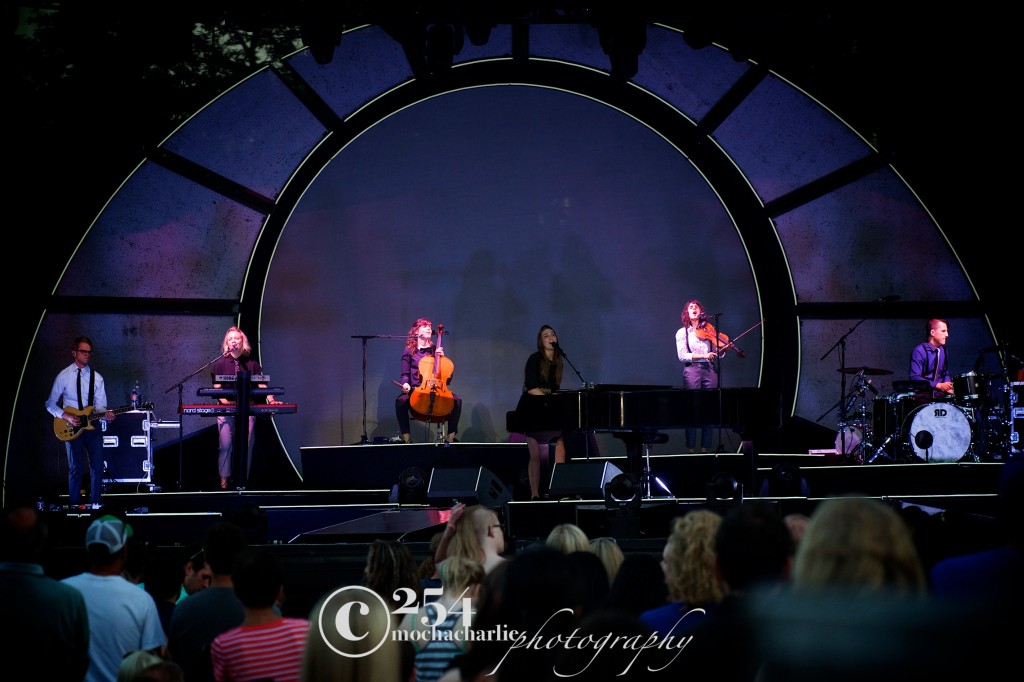 It’s been ten years since  Sara Bareilles released her debut album,Careful Confessions, and with her current tour she celebrates and reflects on that decade. She simply refers to it as the “Little Black Dress Tour,” taken from a song off her most recent release, The Blessed Unrest; and her sold out show last Tuesday night at Marymoor Park definitely celebrated her return to the Seattle area.

Before the show began, Bareilles came on stage in “street clothes” (apologizing for her appearance) to thank the crowd for coming and to explain her love for the opening bands that accompanied her on tour. She actually “stalked” opener Hannah Georgas (Vancouver BC singer/songwriter) via Twitter – expressing how much she adored her music – until she agreed to join her on tour. It worked. Georgas and her band opened the show to rousing applause. A few of her live performances included raunchier renditions of her songs; but the clean version of  her latest release, Hannah Georgas can be downloaded via iTunes. Both the live versions and recordings showcase her strong vocals, which have won her numerous award nominations in her native Canada.

Brooklyn-based indie pop band, Lucius followed Georgas promoting their debut release, Wildewoman. Although their appearance on stage may lead you to believe that lead vocalists Jess Wolfe and Holly Laessig are twins, or sisters, they are actually great friends who met at Boston’s Berklee College of music in 2005. Their vocals are in sync, often sounding like one voice. Most of their recorded songs tend to be softer; however, their live versions are more upbeat, with prominent vocals and an edgier sound created with the use of multiple drums.

When Bareilles finally took the stage, wearing a “little black dress,” the crowd leapt to their feet and began dancing with the first note. Her performances at the grand piano, on guitar, and simply in front of the mic were stunning. She moved about the stage, singing to the crowd, waving to her fans, and told stories of her life struggles and accomplishments. She went through more than an address change during her move from the West Coast to New York, and the songs on  her latest album reflect that. She played some crowd favorites off her sophomore album, Little Voice,  including a completely different version of  “Come Round Soon.” Her song “Brave” is the most reflective, with numerous interpretations of different life struggles. A great vocalist, one of the encore songs, “Bright Lights and Cityscapes,” was performed completely a capella by Bareilles and the other female members of her band. She requested silence from the crowd, and had the venue not been in a grass field, it would have been possible to have heard a pin drop. The harmonies were spot on, and solidified the fact that Sara’s vocals are strong and beautiful. The 5,000 fans on Tuesday night sang, danced, cheered, and shed tears as Bareilles performed. She definitely made an impact on her fans, who were clearly disappointed that her 18-song set list was cut short by the 10 .m. noise curfew at the venue. 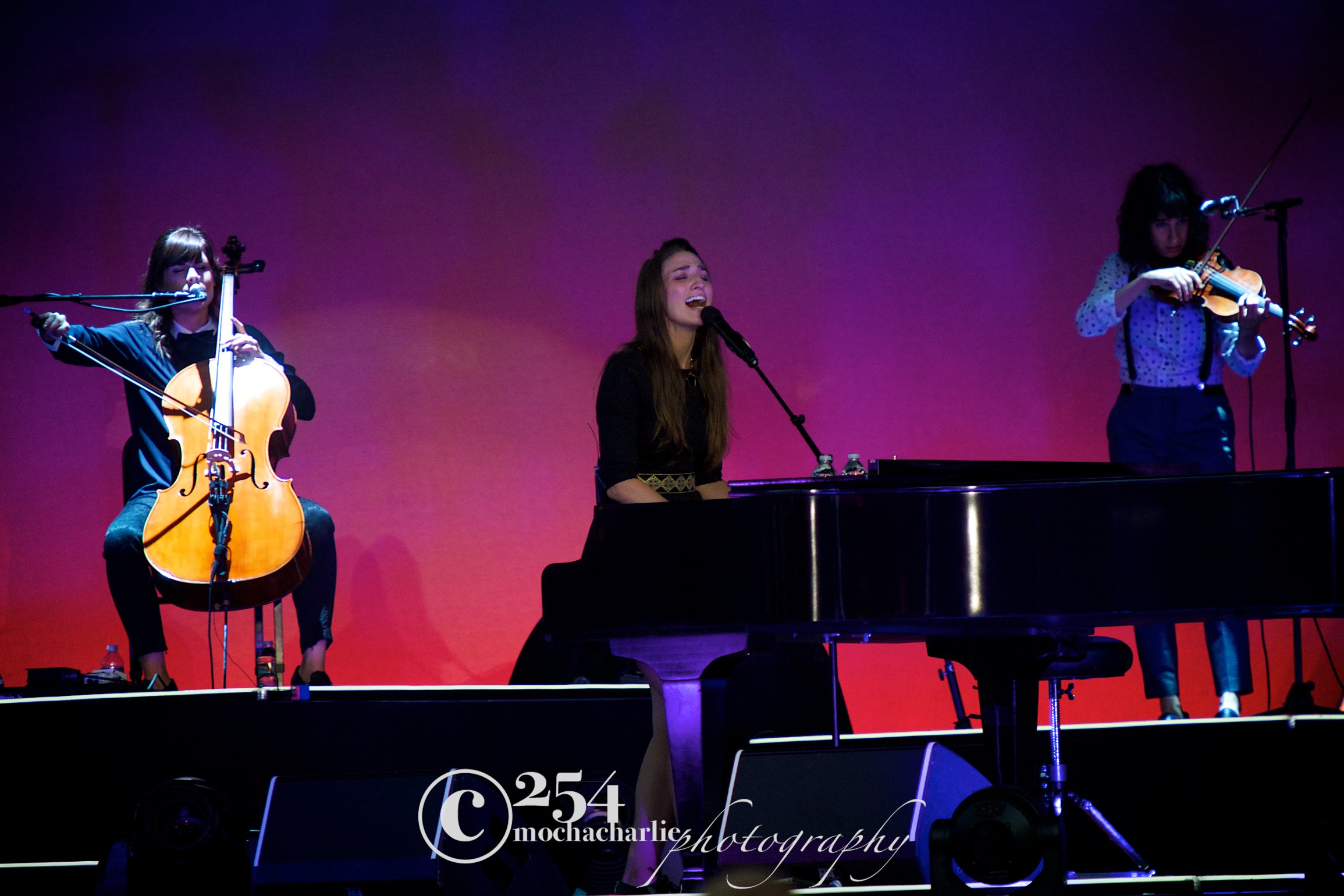 3. Love On The Rocks

Mocha Charlie is an amazing photographer who has a real passion for music. She covers and shoots several shows per month in and around the region. She a brilliant photo journalist but most importantly, she is also a mother who does her best to balance out her life and live it to the fullest. Mocha Charlie uses her passion and talent to support the community, her friends and family any way that she can.
Related ItemsHannah GeorgasLuciusMarymoor ParkMocha CharlieNewsSara BareillesSeattle Music Happenings
← Previous Story A look back at Timber! 2014 (Photo Slideshows & Podcasts)
Next Story → Styx and Foreigner: Rock Icons Deliver Stellar Versions of Classic Megahits at Maryhill (PHOTOS)