By Victoria Holt on September 26, 2014@holtvictoria 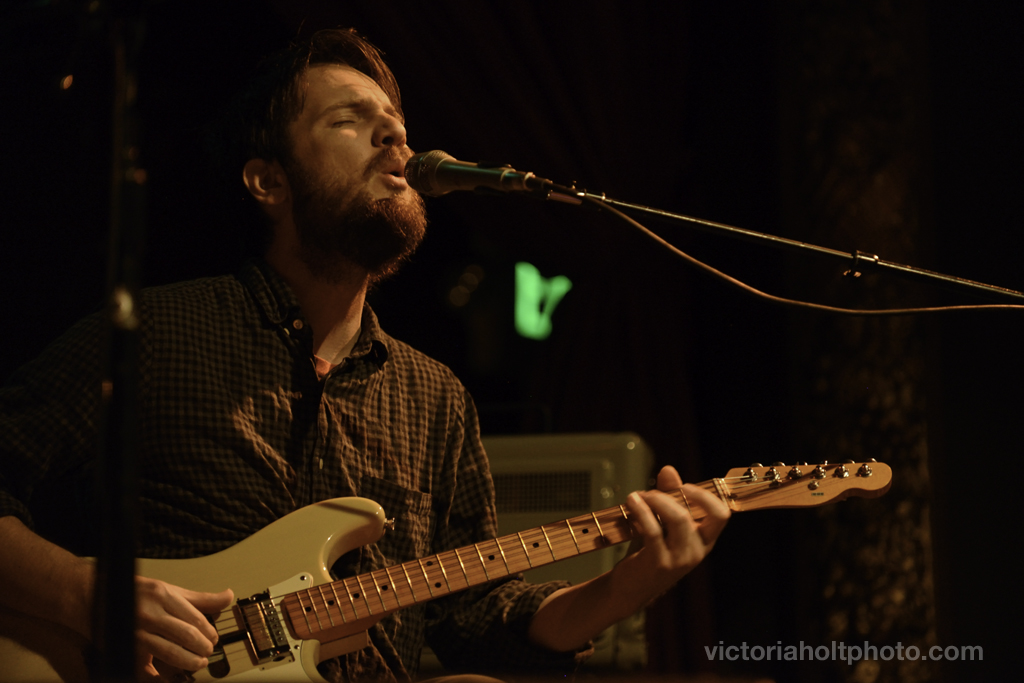 You may not have heard of Blake Mills, but his fellow musicians have. For years he’s been honing his craft, making connections, even catching the ear of Eric Clapton, who called him “phenomenal” earlier this year. From fun punk beginnings in the raucous Simon Dawes (whose amicable breakup in 2009 prompted Taylor Goldsmith and Wylie Gelber’s folk-rock project Dawes), to touring as guitarist for Jenny Lewis, Julian Casablancas, and Fiona Apple, Mills has striven for success.

His unique guitar style stood out on those early Simon Dawes recordings, and while touring with Apple, she let him write parts for a new live presentation of her latest record. Mills features her on two tracks on his new record, Heigh Ho, released September 16 on Verve Records. After playing a few tracks off his first release from 2010, Break Mirrors, at the Columbia City Theater Tuesday night, Mills announced he had a very special guest. The room erupted into screams as Apple emerged from the wings, and the two played “Don’t Tell Our Friends About Me,” “Seven,” and a cover of Conway Twitty’s “It’s Only Make Believe.” She barely spoke to the crowd, but her soulful growls and croons shred the room to pieces.

Mills and Apple have a palpable friendship, playing tricks on each other mid-song. At one point, Mills paused between lyrics for an extra few seconds, and Apple laughed, trying to anticipate when he’d keep singing. He shot her a cheeky grin and they continued on. At the end of “Seven,” Mills detuned his guitar for the final long, descending note, and Apple watched wide-eyed, laughing with admiration at his skill.

As Mills has stayed out of the spotlight over the years, he’s surprised by the radio’s interest in his track, “Don’t Tell Our Friends About Me.” He explained to the crowd that the song says the f-word 16 times, and that “there’s no radio edit of that song.” He said they were pushing for the radio to like “Gold Coast Sinkin’” instead, a beautiful slow burner that grows, rhythm guitar building, as Mills’ guitar explodes in angry sparks. It’s nontraditional for radio, but hopefully they’ll like it.

Mills was joined by exquisite musicians on stage; backed by bassist Sebastian Steinberg, violinist Rob Moose, keyboardist Tyler Chester, and the original Simon Dawes drummer, Stuart Johnson. The whole group were visibly passionate about their craft, and Mills performed almost the whole set with his eyes closed, lost in his instrument in a great way. Every once in a while you could hear him take deep, sharp breaths, as if he was sucking life from the guitar.

The night had a great balance of tracks from each album. Break Mirrors’ single, “Hey Lover,” had a bouncy playfulness, and “It’ll All Work Out” showcased Mills’ intimate songwriting. The latter started slow and delicate, adding layers, becoming atmospheric and hazy, as high pitched violin soared like a musical saw over the whole ensemble. It had the fantastic balance of intensely soothing instrumentation combined with heavy, thoughtful lyrics. As the song came to a close, one man at the back of the room let out a deep, involuntary “WOW,” and the crowd laughed.

Columbia City Theater felt like a room full of guitar nerds, pouring out their adoration for Mills’ prowess. Though he seems like an undiscovered gem, Mills doesn’t have long until he’s a household name. 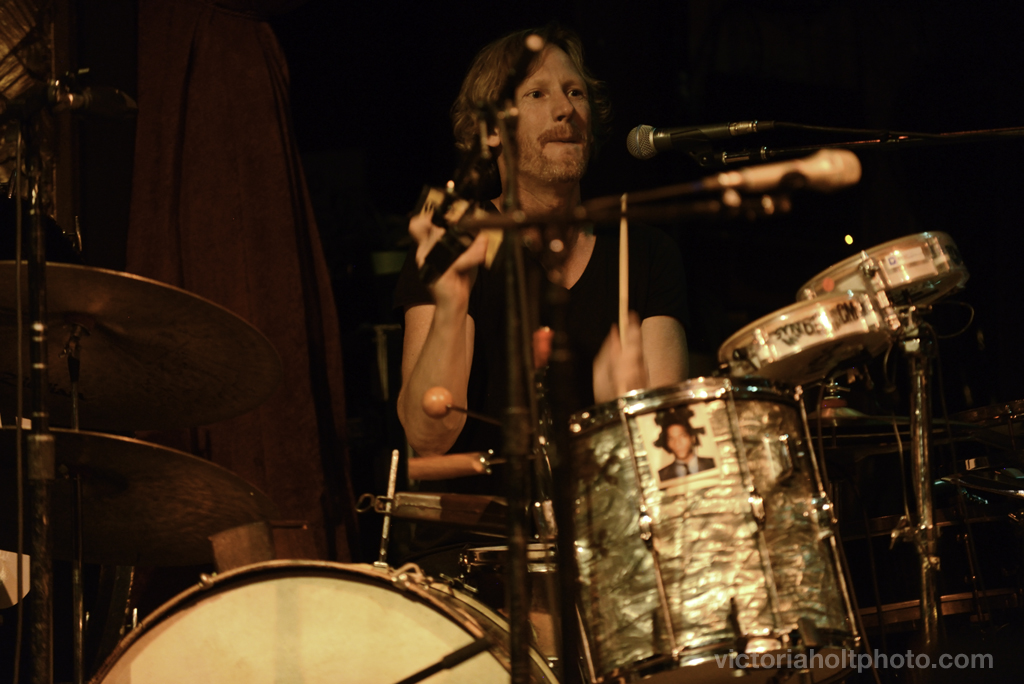 Originally from San Francisco, CA, Victoria completed her Bachelor of Fine Arts in Photography at Seattle University. Her passion is making live music look as great as it sounds. Her work has been featured in The Stranger, The Seattle Weekly, The Capitol Hill Times, and online with KEXP, Live Music Blog, and Back Beat Seattle. Her 2012 BFA thesis, “Seattle DIY: Live Music,” has exhibited at various venues in the Seattle area, and offers an in-depth exploration of six “Do-It-Yourself” underground spaces. For a behind the scenes look at music, she shoots in-studio performances at local radio station KEXP.
Related ItemsBlake MillsColumbia City TheaterNewsSeattle Music HappeningsVictoria Holt
← Previous Story The Last Internationale at El Corazon
Next Story → Project Pabst Music Festival Invades Portland This Weekend!