By Christine Mitchell on September 29, 2014@Housetornado37 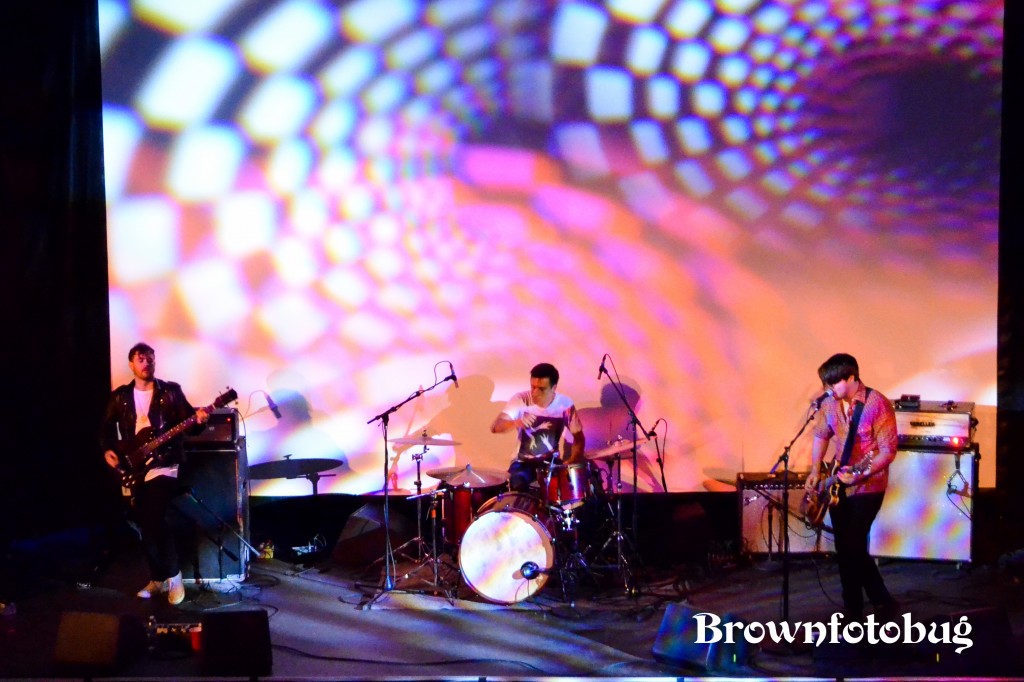 My Goodness at The Neptune (Photo by Arlene Brown)

Uncoordinated people could be of several minds while watching a movie like Defenders of Awesome 2: Stay Bad Ass. As some of the best snowboarders in the world perform insane (don’t try this at home, kids) tricks on the big screen in the same manner as old school skateboarding flicks, viewers may have felt they were watching complete wizards, masters of their craft, or numbskulls trying to one-up the Jackass crowd. But it was clear that the crowd filing into The Neptune last Saturday night were enthusiastic snowboarders themselves, hooting and hollering with approval as boarders rocketed down steep, rocky slopes and gut-wrenching staircase railings on the big screen.

The film showcased CAPiTA! brand boards, and a raffle was held involving tons of gear as prizes.  When it was time for Seattle’s own My Goodness to take the stage (whose song “I’ve Got a Notion” was featured in the film), a percentage of movie goers melted away. Many of those who left were probably more interested in the film than its soundtrack (or came with their parents and had to go home), but those who remained were rocked. The band has always been solid; walking and rocking a tension-taut line between the rock and punk worlds with precision.

Drummer Andy Lum plays really, really hard, yet he is also very nimble, speeding up or slowing down the crashing and bashing as needed, while maintaining a serene demeanor. Joel Schneider’s voice has an awesome touch of vibrato that has him sounding tortured and pissed off, and then he pushes off into choruses with throat shredding yells, like frustration boiled over.

When he’s not at the microphone, he curls himself up around his guitar while still on his feet; it’s between him and his instrument, which spews forth angry waves of distortion. Cody Votalato’s bass adds the perfect dimension (and some head thrashing).  It’s very probable that My Goodness will provide the soundtrack to many a winter’s trek up and down the mountain passes. 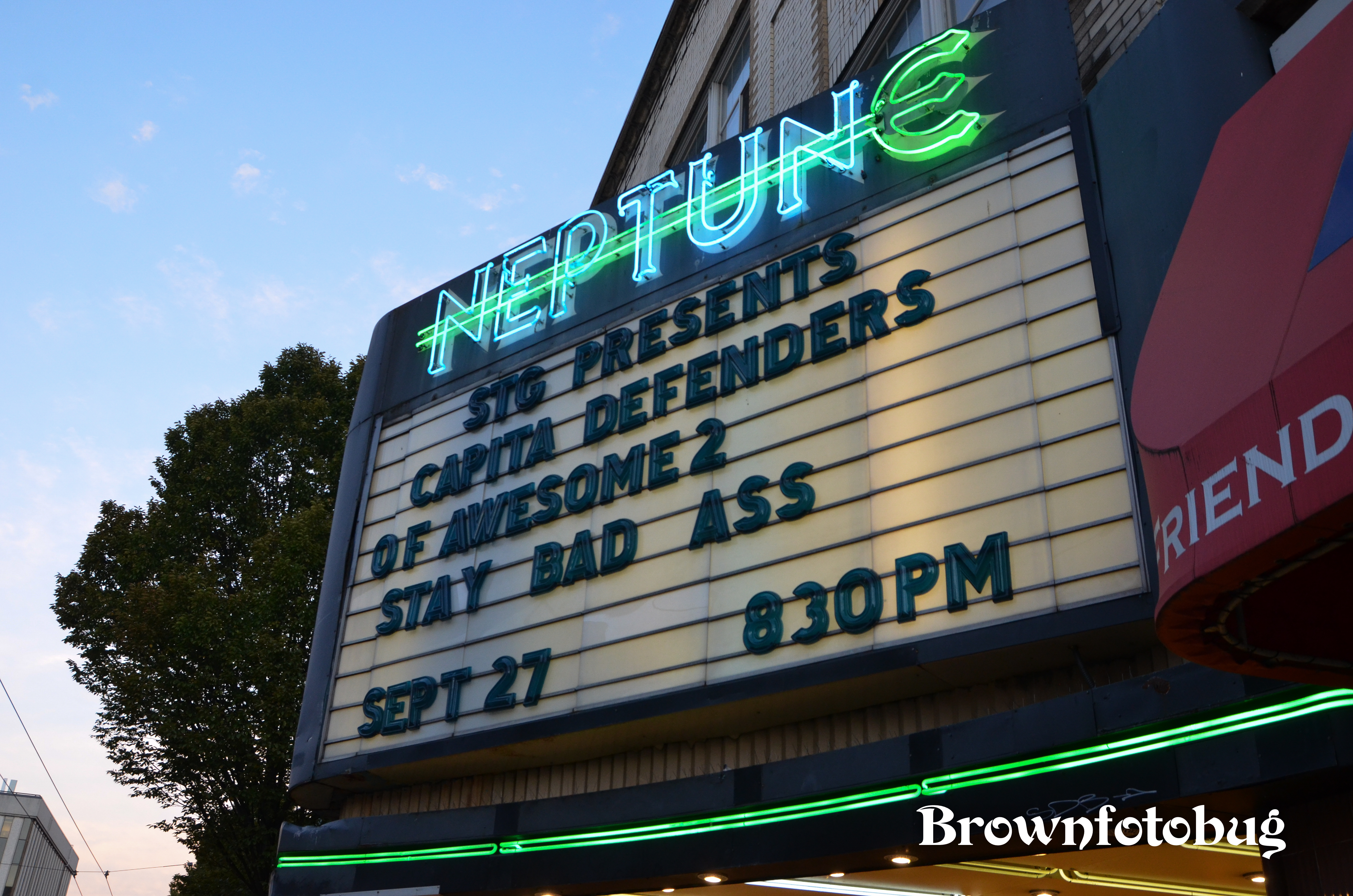 Christine Mitchell has been poring over album liner notes pretty much since she acquired the skill of reading, and figured out the basic structure of rock songs at an early age. Whether it’s the needle popping into the first groove of the record, the beeps that signal the beginning (or end) of a cassette tape, or digital numbers ticking off the seconds from zero, music brings Christine happiness, ponderous thought, opportunities for almost scientific study, and sometimes a few tears. When she started attending live shows two decades ago, a whole new piece of the puzzle clicked in and she has been hooked ever since.
Related ItemsArlene BrownCAPiTA!Christine MitchellDefenders of AwesomeMy GoodnessNewsSeattle Music HappeningsThe Neptune Theatre
← Previous Story SMI Radio Ep. 104 On Demand: Doctor Fink & Susan Galbraith
Next Story → Justin Townes Earle Tells Stories at The Neptune