The Lumineers Get Gorgeous At Marymoor Park 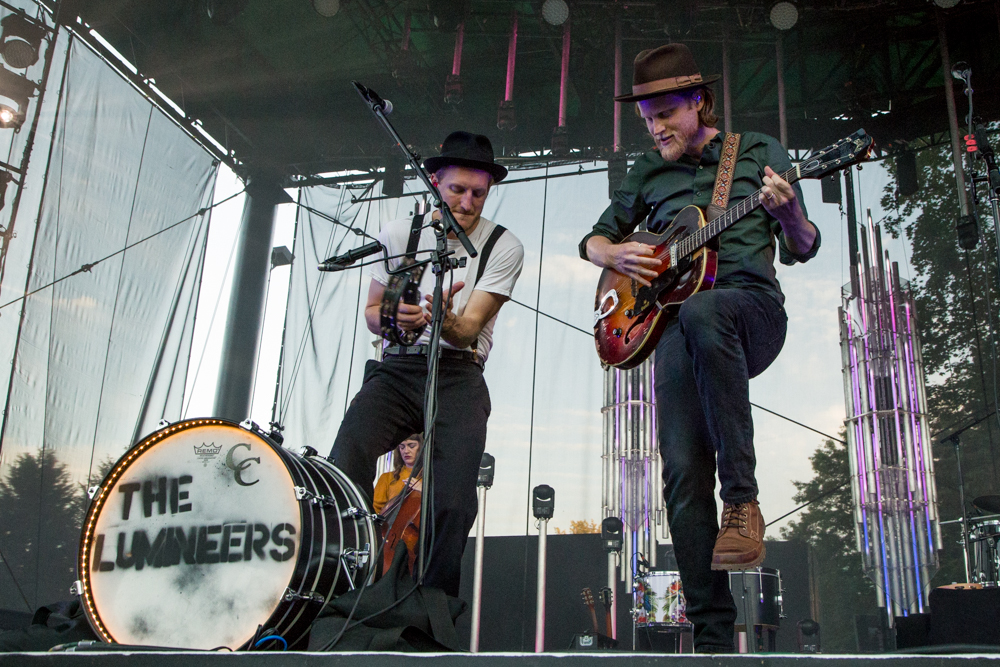 Just when you got that feeling that maybe our hipster-roots, suspender-loving musical moment had passed and everyone had thrown their hat into the electro-pop game, The Lumineers came along and sold out three solid nights at Marymoor Park. We caught night one of this opening weekend of Marymoor’s summer concert series, and it was a sweaty, frolicking mess of wistful folk-pop that had the crowd dancing, clapping, and singing along.

For the simple fact that The Lumineers have only recently released their second studio album, Cleopatra, in April 2016, their fans are seemingly insatiable. But this is a band that goes from foot-stomping honkey-tonk rock to existential shoegaze like no other. They balanced their set with new and old tracks, with the back-to-back hits of “Ho Hey” and “Dead Sea” getting massive shouts from the crowd. White wine sloshed from tiny plastic cups in the hands of couples dancing like no one was watching. Families chased children, and everyone threw their arms in the air with abandon.

Lead vocalist/guitarist Wesley Schultz remenisced about “playing to a crowd of 600 at Seattle’s Capitol Hill Block Party and thinking that’s the most they’d ever play for,” in awe of the thousands now hovering before them, against a gorgeous sunset on a clear night in the woods. The band’s flawless execution, including a three song stint where they departed the stage and played in the middle of the crowd, was impressive. By the time “Big Parade” and its flurry of confetti sailed over everyone, The Lumineers had proved their pudding for every last fan.

Opening the night were Richmond, VA’s Sleepwalkers, a four-piece putting out an upbeat, but chill, mix of pop Americana, and Irish singer-songwriter SOAK, who provided a sweetly haunting set.