By Mike Baltierra on February 15, 2017@baltierraphoto 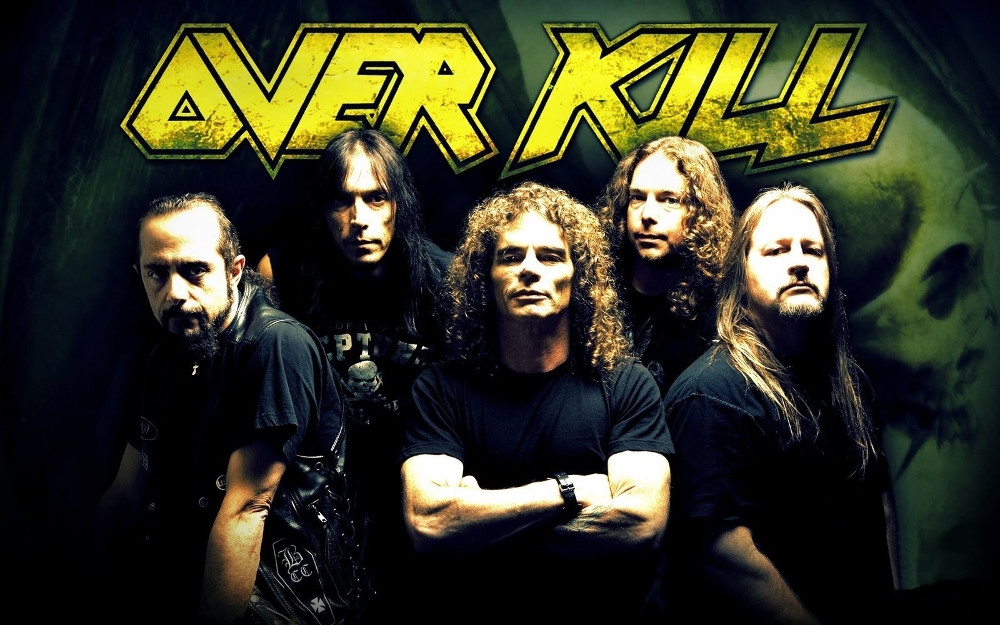 Heavy metal thrash kings Overkill will be heading to El Corazon in Seattle on February 22nd. They are touring in support of their latest release, The Grinding Stone, which was released on February 10th via Nuclear Blast Records.

Overkill’s career has spanned more than three decades and has seen them release 18 albums. The band has released such classic albums as Feel the Fire, Taking Over, Under the Influence, The Years of Decay, and Horrorscope. They have gone through many lineup changes, with only Bobby “Blitz” Ellsworth and bassist DD Verni the only original members to remain in the band throughout its storied career.

Surviving numerous member changes, the band continued to release new albums, remaining true to their thrash roots, as albums such as I Hear Black, The Killing Kind, and Necroshine can attest to. It was in 2000 that the band really started to pick up steam with a solid lineup – with Dave Linsk on lead guitar, Derek Tailer on rhythm guitar, and Ron Lipnicki on drums. Delivering the album Blood Letting, the band had shown no signs of slowing down. Overkill Released ReliXIV, cementing their stance as one of the genre’s premier thrash bands, and their fans had come to expect nothing less. The band also released a series of live and cover albums.

In 2009, Overkill signed with Nuclear Blast Records and released the critically acclaimed Ironbound. The band went on to large headlining tours and playing sprawling European festivals. Ironbound put Overkill back on top of the heavy metal mountain. The band then released The Electric Age and White Devil Armory.

The band is celebrating its 37th year in existence by releasing its latest, and perhaps its best release, The Grinding Wheel. Overkill kicked off their tour on Valentine’s Day, February 14, in Philadelphia. They will be wrecking necks throughout America before they head out to perform festivals in Russia and Europe.

Touring with Overkill will be label mates Nile, whose latest release is Annihilation of the Wicked. Also on the bill are local favorites Kill Closet as well as up and comers Salem Knights.

This night looks to be a killer evening of awesome heavy and thrash metal. Get your tickets here before they are all gone.

Related ItemsEl CorazonFeatureKill ClosetMike BaltierraNileOverkillsalem knightsThe Grinding Wheel
← Previous Story INSIDE OUT: Heathens… Heroes… and Hunks. Fans carry unlikely duo to the TØP
Next Story → Skillet is bringing the Unleashed Tour to the Showbox at the Market!