By Mike Baltierra on October 9, 2017@baltierraphoto 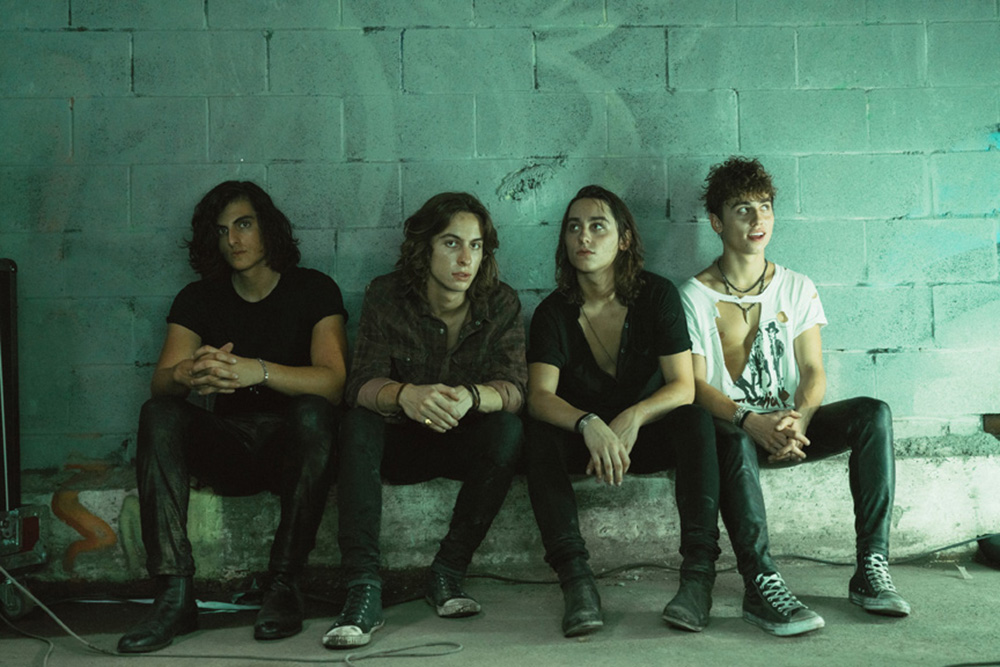 Greta Van Fleet is a rock and roll band that is based out of Frankenmuth, MI. The band was formed in 2012 and currently consists of Josh Kiszka (vocals), Sam Kiszka (bass), Jake Kiszka (guitar) and Danny Wagner (drums).

The band recently released a four song EP entitled Black Smoke Rising, which features the hit single “Highway Tune”. The band seems to have come from nowhere and skyrocketed into the spotlight virtually overnight. After a highly successful tour supporting The Strokes, the band is currently on a headlining tour of the US, and they will be making a stop in Seattle on October 24th at the Tractor Tavern with The Glorious Sons.

Seattle Music Insider’s Mike Baltierra recently conducted a phone interview with Sam Kiszka and they discussed the band’s sound, touring, influences and how the band was discovered.

SMI: Sam, please tell us about Greta Van Fleet.
Kiszka: We have a lot of different elements that set us apart from everyone that you may hear on the radio. We may not be perfect, we are not over produced. We play with a lot of emotion. Our sound was created by accident. Jake has been playing guitar since he was crawling. Danny was a drumming with the jazz band in school. I started to play my dad’s Fernandez P-Bass. The sound just grew organically into what you hear today.

SMI: How was Greta Van Fleet discovered?
Kiszka: We were just four friends who started a garage band. We just loved to get together, jam and write songs. We were asked to play at a party in 2014 and there was a gentleman there who took a liking to us. He was able to get us booked to do shows in Detroit and the bar scene there. We recorded some demos and started to gain some traction. We experimented with our material for 2-3 years and we have a ton of finished and unfinished material. We landed a record deal with Lava Records and recorded the EP and put out the video single for “Highway Tune” and people really dug it. It just took off from there.

SMI: Do you feel that the recognition has come on faster than you had anticipated?
Kiszka: It has been crazy – how fast things have going for us. How we went from this band that was new to the Detroit music scene, having one guy who really liked our music and our sound, to having a lot of people all over who are loving what we’re doing. I think it’s because people have been wanting real rock and roll. Not this formulated BS that you hear on the radio every single day. There seems to be more great music coming to the forefront.

SMI: You released the four song EP Black Smoke Rising. What are you going to do for material during this headlining tour?
Kiszka: We will be doing a full set, not only with the songs off of the EP, but we do have material that we have been writing for the last 3-4 years that has not released that we will be playing. So we aren’t worried about not having enough material. We are actually are ready and anxious to get this material recorded in the studio and out to our fans. The EP is only a quarter of our set.

With that said, we recently played some festivals such as Sonic Boom and Louder Than Life. We did have our first headlining tour. We got about 13 or 14 dates into the tour and then we all got sick, so we had to cancel the remainder of the tour. Nothing worse than being sick while on the road. No better remedy than Grandma’s cooking.

SMI: Would you tell us who your influences are?
Kiszka: I look up to people who play the same instrument as me, the bass. People who play with passion and get into the moment. But, at the same time, I love artists such as Miles Davis, Herbie Hancock, and John Coltrane. Artists who influence my style and who I listen to daily are The Beatles and the Allman Brothers, Crosby Stills and Nash, Neil Young and Eric Clapton. Lastly, there’s Bob Dylan, who inspired me to play music.

SMI: If you were to pick any band, past or present, to go out tour with, whom might that be?
Kiszka: There is an incredible band called Goodbye June. They are amazing, fun and they are great musicians. I would love to go tour with them. Then there is Rival Sons and also Paul McCartney. Lastly, Bob Seger and the Silver Bullet Band – he is a Detroit legend.

SMI: What do you do to pass time while on the road? What are some of your favorite activities?
Kiszka: Well, we like to be the typical tourists. For example, tonight we’re in Pittsburgh and I would love to get out to the Andy Warhol museum. But, I love to go hiking, going out taking in the city that we’re in, getting great food and ending the night on stage jamming with my brothers.

SMI: If you weren’t playing music, what do you think you would be doing at this stage in your life?
Kiszka: I’d probably be like my friends – attending school, trying to figure out what it is I want to do for a living while racking up tremendous debt in student loans. Honestly, I don’t know what I would be doing cause I truly don’t know anything else but to play music.

SMI: Is there anyone you would like to thank for helping you get to where you are today?
Kiszka: First and foremost our families, especially our parents and grandparents for getting us to our shows and supporting when we would play the bars in Detroit when we were still very young. Without them we wouldn’t have had a chance to play in front of anyone. They are not only our parents and grandparents but they were also our first fans. Also, thanks to all of the fans and to everyone who keeps coming to our shows. Looking forward to seeing you on tour.

SMI: Thanks again for taking time today. See you in Seattle at the Tractor Tavern.
Kiszka: You’re welcome and thanks for your support.