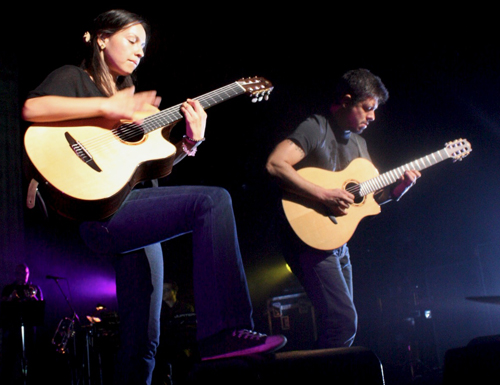 After a short break from the UK tour, Rodrigo y Garbriela kicked off their journey across the US at the Paramout Theatre, April 3, to promote the release of their new album, Area 52. The show was a little different from what the fans are used to seeing, due to the addition of C.U.B.A., a five-piece band including drums and percussion, bass, keyboard, saxophone, flute and trumpet.

UK’s Bobby Long warmed up the crowd with an acoustic solo act of personal songs and jokes, which got a decent response. His songs ranged from slower ballads to quicker, attention-grabbing rock ‘n’ roll tunes.

C.U.B.A. kicked off the show Tool’s The Pot, to which Rodrigo and Gabriela walked out and ignited an energy that lasted throughout the entire night. Many fans left with sore hands from applause and rhythmic clapping to almost every song, at times guided by Rodrigo. Both artists enjoyed themselves on stage, smiling and jumping during most of the songs, and simply glowing at the view of dancing crowd.

Rodrigo and Gabriela took turns sharing stories and expressing gratitude to the fans. According to Rodrigo, unlike many of the cities they visit, Seattle is never forgotten because of the tremendous support it expressed for them since the very beginning, when they played their first show at Chop Suey.

Adding to the atmosphere, simple earth tones backlit the stage, switching off with black and white videos of the performers’ solos. As a band, they played a few songs off Area 52, as well as some fan favorites like Tamacun, with a new twist and a taste of C.U.B.A.’s talent. The band held their own against Rodrigo and Gabriela’s impressive strumming and intricate solos, and riled the audience with some scat from the bassist, plus an unforgettable performance by the keyboard player.

An hour or so into the show, Rodrigo and Gabriela slowed it down and let C.U.B.A. take a break while they showed off their talents with a few songs including long, personalized solos – proving once again that they are a talented force to be reckoned with. Gabriela’s renowned strumming style is astounding, and Rodrigo’s virtuosity between classical, electric, and lap steel guitars is remarkable. It’s intense to experience it live.

During the encore, the energy in the Paramount could be felt outside, as every single person in the audience was up and dancing. Rodrigo y Gabriela went off the set list and played a quick heavy excerpt, surprising the crowd and the performers themselves.

If you ever have the chance to see Rodrigo Y Gabriela live, you’re guaranteed a gratifying night of high-energy rhythmic brilliance.  In the meantime, check out their latest masterpiece, Area 52. 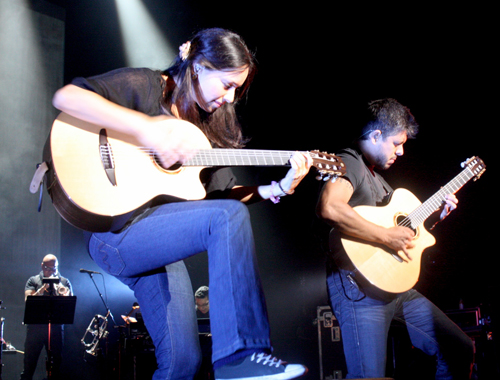 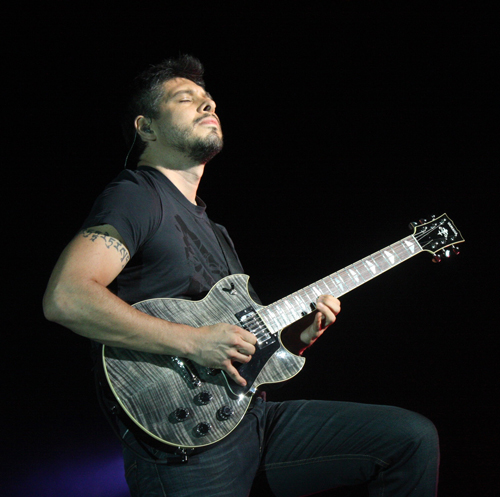 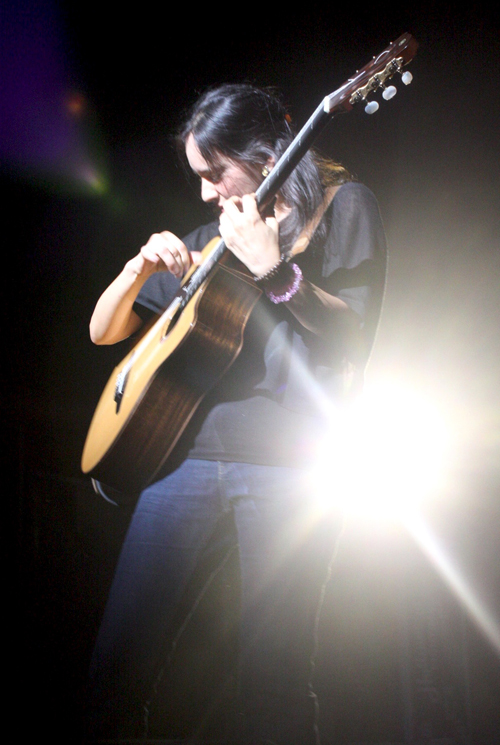 Not only is he a multi-media journalist, he is also an accomplished musician. He is the founder of SMI and drives the creative look, feel and branding for the publication. His years of writing, arranging, and performing live music in a variety of genres inform his ability to communicate the message and the mechanics of music. Roth’s work on SMI reflects his philosophy that music is the universal language, and builds community. He believes it has the power to unite people of every race, religion, gender, and persuasion.
Related ItemsAlina ShaninLive ReviewRodrigo Y GabrielaSeattle Music HappeningsThe Paramount
← Previous Story Video of The Week: “Little Talks” Of Monsters and Men
Next Story → The Revivalists… Amen, I’m a believer (Examiner.com)