New Music Alert: ‘Penumbra’ a shining debut from By Sunlight 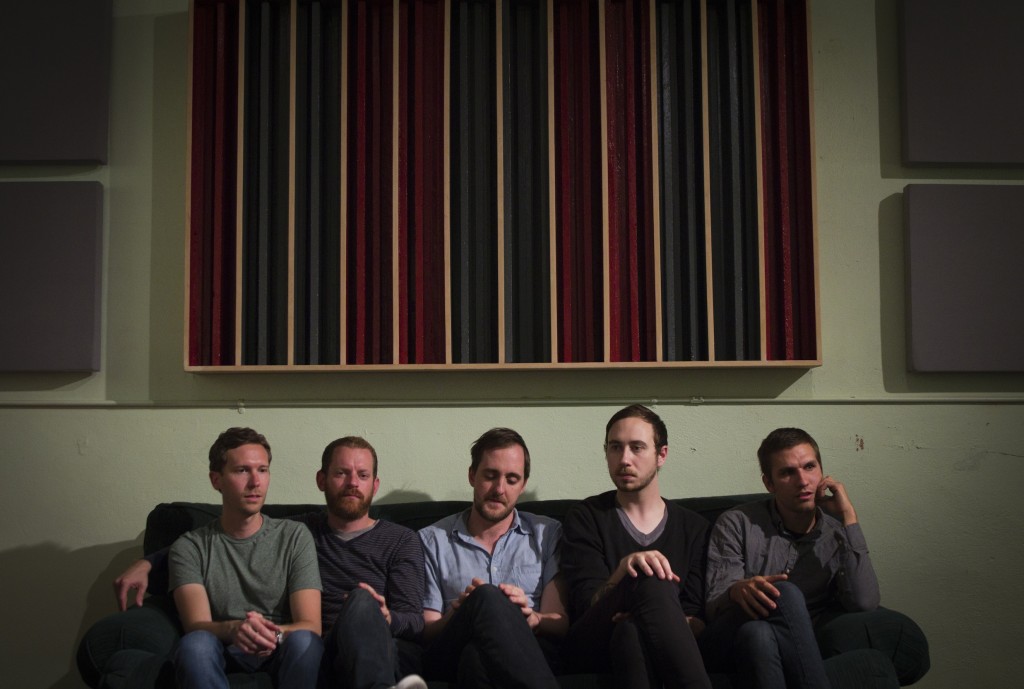 By Sunlight (Photo by David Wulzen)

Local indie rock band By Sunlight recently accomplished a major goal. They recorded exactly the sound they imagined since their beginning, seven years ago. After months of hard work and a cross-country road trip to North Carolina, Penumbra is finally done, and ready to be shared with the world. Producer Scott Solter, who’s worked with many successful groups in the past, including St. Vincent, Spoons, John Vanderslice, and Pattern is Movement, couldn’t pass up the chance to record the unique sound that can only be compared to itself.

This 10-track record takes the listener on a colorful journey through space with tons of ambience and flow. Penumbra, by definition, is the negative space of the moon, which fits in with the feel of the album perfectly. According to guitarist/vocalist/keyboardist Evan Ferro, the band’s goal was to put out a “night” record about playing music, and transporting the listener into the late-night club scene where their shows tend to take place.

Michael Sparks Jr. (guitarist/vocalist/keyboardist) is also proud of the new record, which encompasses different aspects of the group and includes every band member’s best qualities.

From Sparks’ and Ferro’s vocal harmonies to John O’Connell’s impressive drumming and Robert Cheek’s innovative bass lines, it’s obvious that everyone in the group is passionate about their explorative style. Third guitarist, Jack Clemens, adds another layer of creativity and thickness to the sound, which always gets the audience to sway along during the live shows.

Of all the songs on the record, Chandeliers is Sparks’ favorite. “That’s basically the closest thing that we’ll ever get to write [to] a perfect pop song, in my opinion … it’s like the song I’ve been waiting to write.” The song is very well constructed, and engages the listener with its natural flow and relaxed energy.

As for Ferro, he said Prof Rock would have to be the favorite because of its sentiment. This was the first songs the two frontmen wrote together while Ferro was transitioning into By Sunlight and moving his entire life to Seattle.

The chemistry within the band has allowed By Sunlight to explore new aspects of their music, some of which have been influenced by artists like Talk Talk, Scott Walker, and Steely Dan.

Adding the horn and string sections to the album definitely enhanced the sound and further pushed the band’s dreamy tone. Melody Mundy, a familiar name to the band, arranged the recording of those in Sacramento, California.

Penumbra is currently being shopped around and By Sunlight is excited to see where it takes them. If everything goes according to plan, the record should be released this Fall.

Regardless of what happens, these musicians perform because it’s second nature to them. “We just want to make music that inspires people like so much music has inspired us,” Sparks said.

By Sunlight is playing at The Barboza (downstairs section of Nuemos and Moe Bar) Sept. 2, with Pollens with Tartufi and Silian Rail.

For more information, upcoming shows and the last EP, visit bysunlight.com or facebook.com/bysunlight.

Not only is he a multi-media journalist, he is also an accomplished musician. He is the founder of SMI and drives the creative look, feel and branding for the publication. His years of writing, arranging, and performing live music in a variety of genres inform his ability to communicate the message and the mechanics of music. Roth’s work on SMI reflects his philosophy that music is the universal language, and builds community. He believes it has the power to unite people of every race, religion, gender, and persuasion.
Related ItemsAlina ShaninBy SunlightNew Music PreviewPenumbraSeattle Music Happenings
← Previous Story RockStar Motel and CMJ look to fill two open slots for music marathon
Next Story → Bumbershoot 2012: Alina’s quick picks for Sunday and Monday