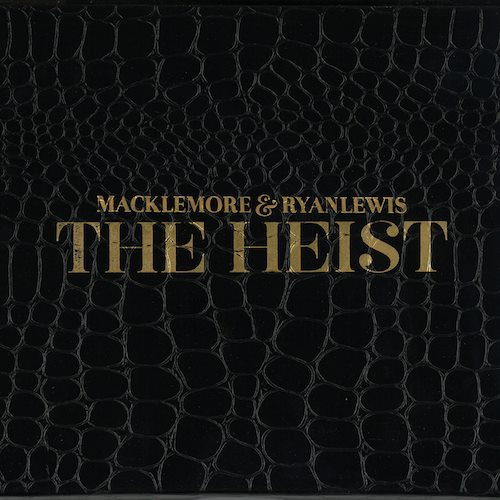 Last year, the Seattle-based hip-hop power duo, Macklemore & Ryan Lewis, did their thing at the Mariners home opener in front of 48,000 baseball fans. Then, at Bumbershoot 2011, they made a huge splash with a stunning performance at Key Arena in front of 12,000 people. Later in the year, Macklemore & Lewis sold out two national tours – packing houses in New York City, Chicago, San Francisco, Los Angeles, Minneapolis, and a three-night stand at Seattle’s Showbox, where 3,600 tickets sold out in less than 48 hours.

Move the clock forward a year later, and witness the large banner on full display over Neumos last Sunday morning (10/9) proclaiming that a free Vitamin Water-sponsored “secret show” would be taking place in the popular Capitol Hill venue that evening. Lines started forming early, and by 5 p.m. the venue was at capacity.

You can read the review of the show at Seattle Weekly. Check out photos of the event from SMI and Jet City Stream photographer Michael Profitt right here.

This Friday, Macklemore & Lewis will perform again in Seattle to a much larger crowd at the Wa Mu Theatre, and like last Sunday’s performance, the show is sold out.

Macklemore & Lewis used Reddit to field fans’ questions ahead of today’s iTunes debut of their full-length album, The Heist. Within hours, Lewis and Macklemore had the number 1 selling record. “My Oh My“…What a difference a year makes.

Macklemore went on his Facebook page (which boasts over 200,000 fans) late Monday to thank his peeps with a straightforward message – mostly in all caps – that simply read, “WE F——-NG DID IT!!!!!!!! #1 album in the US on ITUNES!!!!! INDEPENDENT!!!!! I LOVE YOU BEAUTIFUL PEOPLE!!!!!” Seattle loves Macklemore & Lewis, and they love Seattle.

Hitting the top of any chart is a stellar feat for any artist, but what makes this even more note-worthy is the fact that Macklemore & Lewis choose to operate outside of the major label machinery. Like Seattle’s Allen Stone, who is achieving commercial success on his own terms, Macklemore & Lewis are taking the DIY approach and doing it their way. In the process, the duo has built a world-wide buzz, based on the merits of their well-crafted material and powerful messages. (Stone is featured on the Neon Cathedral track on the new record.) Last week, they released the beautifully produced and directed video, Same Love (see below). As of today, it’s received close to 3 million views.

With a strong team in place, songs that cannot be denied, and rabid supporters, the Macklemore & Lewis juggernaut is definitely bound for universal glory. To those from the Northwest who have followed this talented duo for some time, this comes as no surprise – but is still exciting to witness.

Not only is he a multi-media journalist, he is also an accomplished musician. He is the founder of SMI and drives the creative look, feel and branding for the publication. His years of writing, arranging, and performing live music in a variety of genres inform his ability to communicate the message and the mechanics of music. Roth’s work on SMI reflects his philosophy that music is the universal language, and builds community. He believes it has the power to unite people of every race, religion, gender, and persuasion.
Related ItemsBumbershootiTunesMacklemore and Ryan LewisNeumosSeattle Music HappeningsThe HeistWa Mu Theater
← Previous Story New Music Review: Marc Johnson ‘Swept Away’ on ECM
Next Story → SMI Radio Ep. 69 On Demand: Lemolo (Photo Slideshow)