By Christine Mitchell on October 18, 2015@Housetornado37 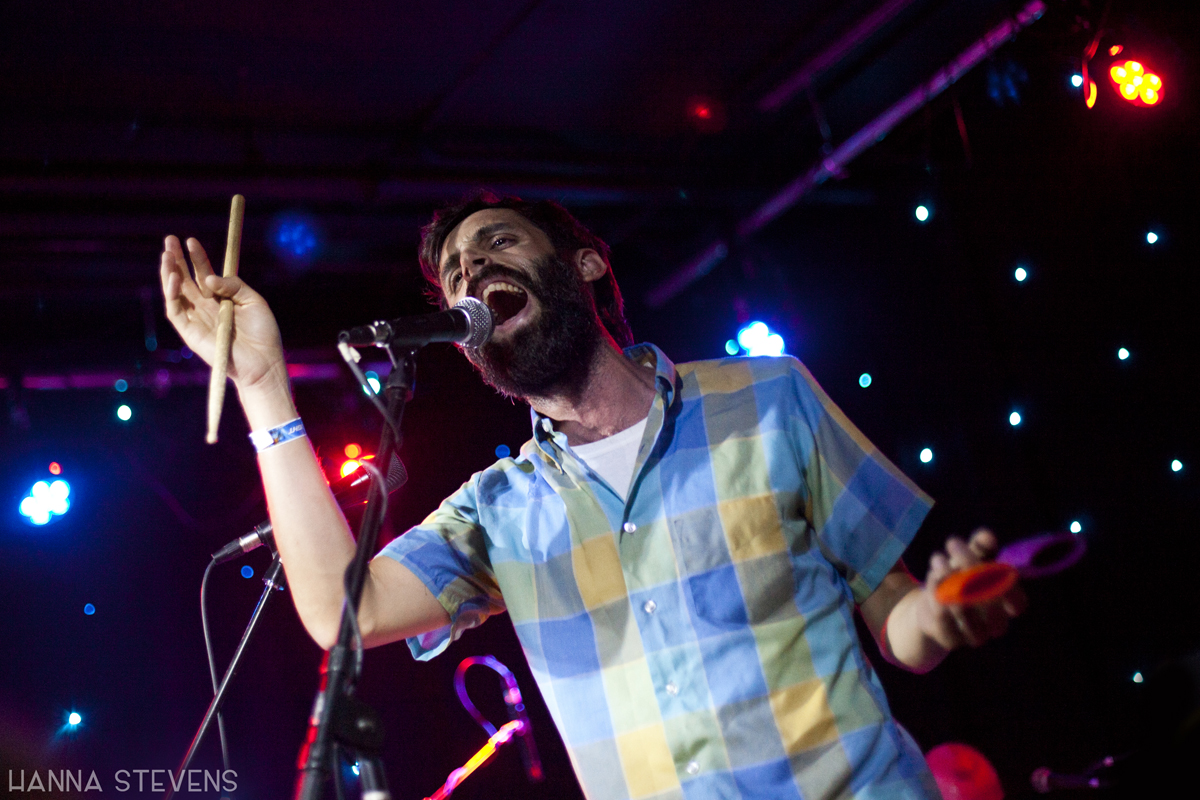 A certain sect of Seattleites have been not-so-patiently waiting for LEGS to make their way back to Seattle, many of them familiar with the amazing Kevin Sur and the magic he works through Artist Home. A healthy percentage of those present last Thursday at Chop Suey had most likely been at this year’s Timbrrr! Music Festival in Leavenworth, Washington and been swept away by LEGS’ immersive, intelligent, dancey disco-tinged set. In all honesty, their debut album, Altitud, is far superior to another, far more famous (and award-winning) offering from Daft Punk: Random Access Memories. Where Daft Punk’s latest comes off as an almost slavish tribute to the disco era of yore, LEGS takes the genre and builds elegant keyboard/bass/guitar/drum castles that spiral overhead and are intricately decorated with lyrics that go miles beyond just having a good time. They push boundaries. And this: they are irresistibly danceable songs. So it goes without saying that LEGS’ audience at Chop Suey was primed to groove.

Denver-based solo artist Brent Cowles got things off to a soulful start. He has a decent fan base in Seattle, having played Doe Bay Fest, Everett Fisherman’s Village Festival, and Timbrrr! (as part of You, Me, and Apollo) in recent memory, so he got an enthusiastic reception at this show. His voice is like Aaron Neville tempered with a dose of angry blues. Middle act GLITTERBANG sported an electronic sound with a dollop of Cocteau Twins mixed in. Vocalist Nicki Danger sang beautifully whilst knob-twister JV hit all the right notes, and the room was just the right temperature for LEGS by the time GLITTERBANG was done.

Brothers Tito and Jack Ramsey manned the keyboards, with Tito also taking on lead vocal duties as well as extra percussion. Tito’s voice has a timbre to it that is clear and warm, at times climbing to a falsetto bursting with pure joy. The Ramsey brothers’ keyboards were at times poppy and bright (“Let Em’ Go”), and at others ringing out into expansive space (“Whole Wide Woman”). Charles Larson’s guitar work punctuated these tones, sometimes angularly and sometimes going with the flow. Larson seemed especially caught up in the band’s music and used his instrument in varying interesting ways in order to tease out the sounds he wanted from it. He lost his glasses at some point during the set and it didn’t matter; they stayed where they laid.

Juan and Herman Marin, another set of brothers originally hailing from Ecuador, respectively played drums and bass and fleshed out LEGS’ lush sound, the percussion bringing the snap and the bass adding a sensual anchor. All of this added up to a mass of sweaty humans moving their bodies to the beat. Mission accomplished. Seattle is awaiting LEGS’ return (not-so-patiently).

Christine Mitchell has been poring over album liner notes pretty much since she acquired the skill of reading, and figured out the basic structure of rock songs at an early age. Whether it’s the needle popping into the first groove of the record, the beeps that signal the beginning (or end) of a cassette tape, or digital numbers ticking off the seconds from zero, music brings Christine happiness, ponderous thought, opportunities for almost scientific study, and sometimes a few tears. When she started attending live shows two decades ago, a whole new piece of the puzzle clicked in and she has been hooked ever since.
Related ItemsBrent CowlesChop SueyChristine MitchellFeatureGlitterbangHanna StevensLegs
← Previous Story The “Comeback Queen”… She’s always been LOLO
Next Story → Chvrches Ignite a Synth-Pop Explosion at the Paramount