Time Moves Forward With March to May 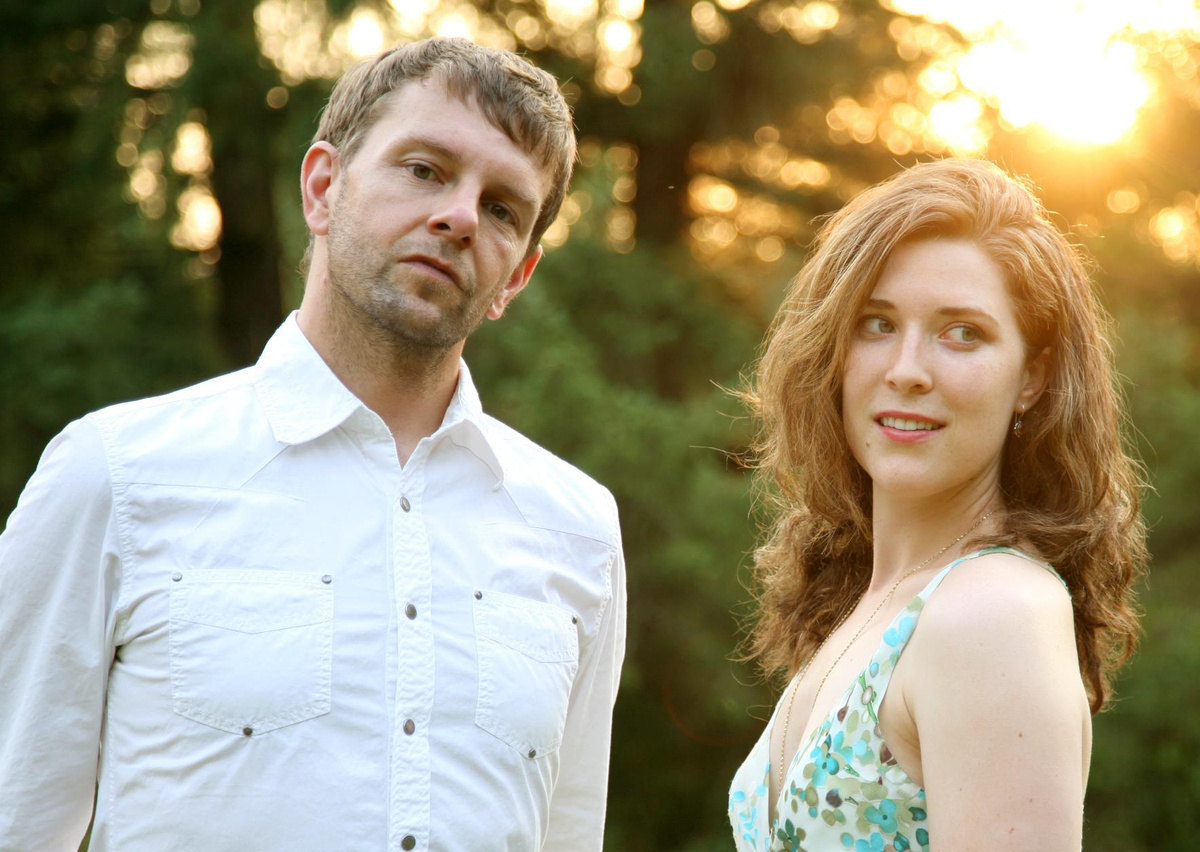 Photo courtesy of March to May

Darren Guyaz and Elizabeth (Beth) Wesche make up the folk duo March to May. The name represents the time it took for these Seattle transplants to transform from perfect strangers to perfect musical harmony. We chatted with the duo about how they met, their unique and captivating sound, and what to expect at their Triple Door show with Whitney Lyman tomorrow.

Q. When life brings change, it is very rarely something that can be clearly marked. Did either of you have an “ah-ha” moment in those first few months, or did March to May just become your life?

Both of us definitely had “ah ha” moments, but they were different for each of us. For Darren, it came early on – we were sitting around a campfire with some friends and Darren was singing and playing the guitar. Beth started harmonizing, and there was something really powerful in the sound of our two voices. Musically, it was definitely something to pay attention to. For Beth, it came a little bit later. She was playing her harp in her room one day and started hearing really interesting overtones in what she was playing – until she realized it was Darren, standing in the hallway playing his guitar. We just kind of went from there, and things kept building when we realized we wrote really well together, too.

Q. Your music is unique and captivating, between the blending of your distinct voices and your choice of instruments, but it’s Beth’s harp that stands out. Why doesn’t every band have a harp?

Hahaha, we ask ourselves that every day. I think it’s probably because they’re so hard to lug around. Beth definitely wishes she played the piccolo or something every time we tour. But in all seriousness, thanks – we appreciate that. The harp definitely adds a richness and character to our music that would be missing without it there.

Q. The Water’s Edge, your first EP, had some level of success with “Embers” especially making a few charts. Do you feel any pressure to repeat that success, and did The Water’s Edge teach you some things you didn’t know about “the business?”

The Water’s Edge is our first release, so the learning curve was huge – there are some things we did really well with it and will definitely draw on for future releases, but we also had a number of learning moments, and did things we certainly WON’T repeat. Releasing music has so much more going into it than simply recording a piece of music – there’s publicity, artwork, distribution, legal stuff, and more to consider. There’s so, so much to learn in this business, especially as independent artists building our own expertise. But it’s a good journey to be on. As for feeling pressure to repeat the success of “Embers” – no, we don’t think pressure is really the right word. I think we’d love to build on that success, but we’re also evolving as artists, and know that success will never look quite the same from one song to the next.

Q. Dancers! Tuesday’s show will feature a couple of dance numbers, but also dancers are a key element to your upcoming video project. Would you like to share with us a little of the inspiration behind these endeavors and your collaboration with Version Excursion?

Absolutely! We were incredibly lucky to meet our good friend and choreographer, Erin Nichole Boyt, early this year at an Office of Film & Music happy hour. We hit it off, and our music and her choreography complemented each other really well. What began as an idea around combining live music and dance evolved into a full-fledged video project combining dance, music, and underwater cinematography, as well as continuing to build on the original live performance concept. It’s been a pretty inspiring project, and one that is definitely continuing to grow. Just to start, we’re guest performing at her dance show “Embers” (named for our song), and her dancers are joining us onstage at the Triple Door. It’s exciting to start performing our work together!

Q. So, along with the dancers you’re bringing a full band to the Triple Door. Would you like to tell our readers a little something about the band?

Absolutely. Our full band consists of Dave Bush on drums, Tracy Hagen on cello, Ben Shields on violin, and Birch Pereira on bass. We all initially started playing together when we were recording our EP (except for Ben, who we met a few months later), and have built on our full band sound since then. They’re amazing musicians, and we’re thrilled to be working with them. They give our music a richness and movement that’s different than what we can achieve on our own.

Q. Tell us about your opening act. What can we expect from Whitney Lyman and her new single?

Whitney’s a great musician, and our styles are very complementary. We found out about her through our bass player, initially – they play together sometimes in the band The Theoretics. We’re excited to share the stage with her, and really excited to hear her new single, “Firebreather!”

Q. Darren, you’ve done a lot of incredible work in the Seattle Music Scene. It appears the band has not slowed you down any. Could you discuss a few of your other projects?

Thank you. Free time is definitely not in my vocabulary right now. But I also launched a concert production company about three years ago that continues to grow each year called M-bibe. We hold intimate, acoustic concerts all around Seattle in unique locations. A lot of work, but a lot of fun!

Q. Beth, what kind of projects outside the band are you pursuing?

At this point, my projects are mostly personal – I’m focusing right now on what I can learn to help us on our way as artists. I do a lot of research around the music industry, and am digging into learning the basics of design and music production. Darren and I are also in the early stages of starting a production company with Erin, our choreographer.

Q. Getting ready for the upcoming show on Tuesday, the two of you have done a lot of work. How do you manage to fit this level of preparation into an already full schedule?

We wonder that ourselves! It can be a lot to juggle. But our music is something we’re both deeply committed to; after a certain point, it comes down to just being really organized, doing as much as we can, and being creative and adaptive when it comes to getting things done. It helps that it’s a labor of love – even when we’re going a lot and are really busy, we both get a lot of joy out of the work we’re doing.

Thank you both for taking the time to share your story with our readers and thank you for bringing something truly unique to Seattle. Tuesday’s show at The Triple Door is genuinely something to look forward to.

Thank you! We’re so excited about the show, and can’t wait to see you there.