By Kriston McConnell on April 4, 2016@Kristonisms 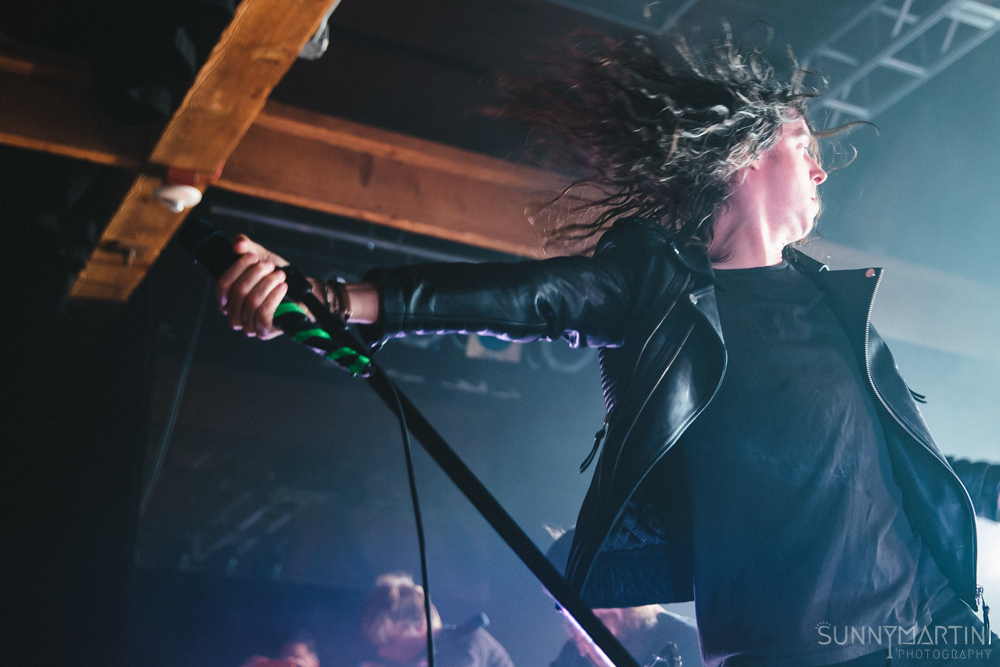 For many music listeners, Underoath need no introduction. They were such an integral part of the alternative music scene in the early 2000s that many musicians today could, at least in part, thank Underoath for their own success in the scene. When the band announced their hiatus three years ago, fans had to accept the idea that they probably would never get to see the band live again. That all changed last year though, when the group announced they would not only hit the road for a reunion tour, but that former singer/drummer Aaron Gillespie would join the lineup once again. The focus of this tour is to celebrate the ten year anniversaries of their two most popular albums: They’re Only Chasing Safety (2004) and Define The Great Line (2006). The Rebirth Tour kicked off last month and is expected to be a smash success. On March 30, the tour hit Seattle’s popular Showbox SoDo. It was one of many stops on the tour that sold out well before the date arrived.

The opening band on this tour is the Massachusetts-based instrumental rock outfit known as Caspian. The group is known for their melodic tracks featuring intricate guitar parts and steady drums. They performed some of their more high energy songs to get the crowd pumped up for the rest of the evening. A few of those songs came from their recently released album Dust And Disquiet. By the time their set was over, the venue was completely packed and buzzing with excitement. Not long after they left the stage it was time for Underoath to make their highly anticipated appearance.

One can reasonably argue that the most beloved songs crafted by Underoath belong on the previously mentioned two albums. Though Underoath continued on after Gillespie left, the band was always known for their earlier work. This is a key factor in the success of their reunion tour thus far. They are delivering exactly what the fans want to hear. At times during the set, the audience could almost be heard over the band while singing along to songs like “A Boy Brushed Red Living In Black And White,” “Reinventing Your Exit,” “In Regards To Myself,” and many others. The crowd enthusiastically sang nearly every word of each song.  Many of them had learned the lyrics by heart a decade ago.

The accompanying light show was as dazzling as it was blinding. If the band was hoping to make a big statement, they succeeded. Brilliant shades of red, blue, purple and green flashed across the stage alongside bright floodlights to create dramatic silhouettes of the band members on the foggy stage. Legs, arms and torsos of crowd surfers could be seen popping up in front of the lit up fog throughout the evening.

Experiencing such a killer performance by an iconic band is a huge reminder why people love music in the first place. There are only so many bands who can make an impression on a young music listener, and Underoath is one who left an unmistakable mark on many people. For anyone who listened to them in their early years, the show would be incredibly nostalgic. This may be the last tour the band embarks on for some time, so attending one of the remaining dates should be a top priority for any fan.

Kriston began her writing career as a passionate music fan. She attended dozens of shows, purchased CDs, vinyl and even cassette tapes of artists she barely even heard of. Shortly after joining a band's street team she happened to meet blogger Jacob Tender (now with Alternative Press) who asked her to write for his blog. After a couple of months he joined the staff of Under The Gun Review, and brought her along for the ride. After spending four years as a major contributor to the publication she moved on to be a web content contributor for New Noise Magazine, whose print magazines have a national reach.
Related ItemsCaspianFeatureKriston McConnellShowboxSunita MartiniUnderoath
← Previous Story Daughter Brings The Showbox to Tears
Next Story → Wolfmother Reigns Victorious in Seattle