Bob Schneider Gets Down At The Triple Door 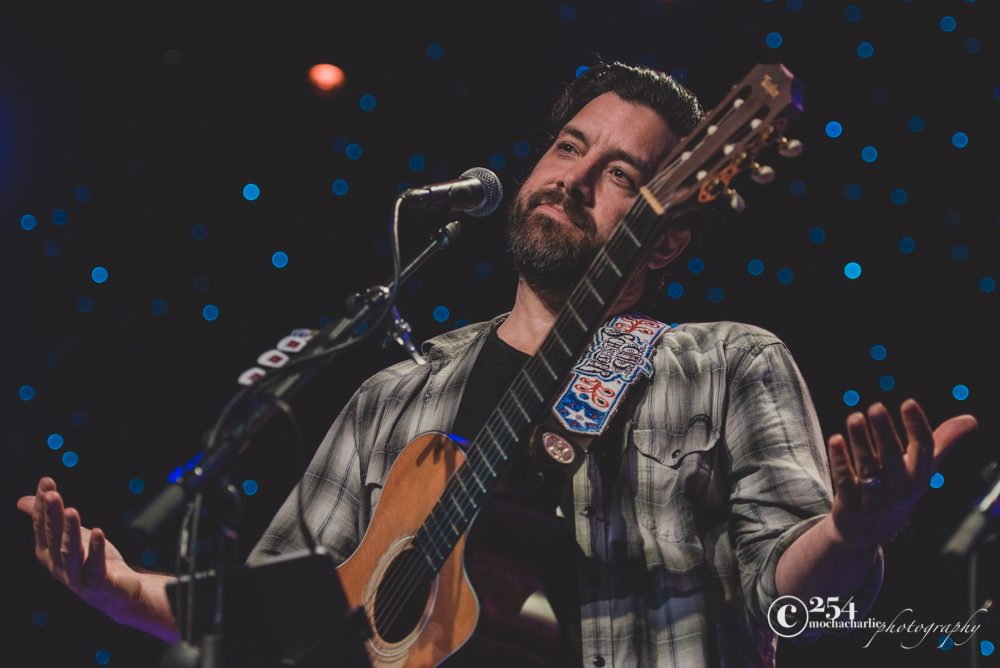 When Bob Schneider performs in Seattle, he shines on stage at The Triple Door. This past Friday night, we may have learned why he chooses to play there time and time again.

This tour he surprised audiences by showing off his dance moves, and it was highly entertaining. Having booked this as a solo tour, the stage was set to give him ample space to move about. He says he dances like Drake, but then when he watches video play back, he declines to comment. He did move from behind his instrumental circle a few times throughout the night. He played one song at the grand piano, and even crouched down at the front of the stage at one point to sing directly to fans. Three songs in, there were shouts from the crowd, “Tarantula!” (which is one of his most popular hits). He told stories of being flown to Miami to perform on a boat – which prompted him to write a song about a boat. He reminisced about when his daughter was born – and sang love songs about being a father. He rapped, he added vocal beats into his looping pedals, and he encouraged the crowd to sing along.

His latest release(s), King Kong (Vol 1, 2, 3) are crazy fun EPs. They include an array of tracks that are odd, light-hearted, comical, explicit, and a bit outrageous – all characteristics that can also be used to describe what you will see at one of his shows. If you’ve yet to see him live, he streams some of his performances in his home town, Austin, occasionally on his Facebook page (if you’re interested). They sometimes include a variety of his regular bandmates, and special guests. His sound man of over a decade, Jay Thomas, opened the show. He performed music that is similar to Schneider, fun and sometimes explicit descriptions of things that he’s dealt with filled with love, relationships, and beer.

Mocha Charlie is an amazing photographer who has a real passion for music. She covers and shoots several shows per month in and around the region. She a brilliant photo journalist but most importantly, she is also a mother who does her best to balance out her life and live it to the fullest. Mocha Charlie uses her passion and talent to support the community, her friends and family any way that she can.
Related Itemsbob schneiderConcertFeatureMocha CharlieReviewThe Triple Door
← Previous Story Four Guys In Jeans With Guitars
Next Story → Muggy, Sweaty, Dance Party With Fitz & The Tantrums