By Christine Mitchell on October 21, 2016@Housetornado37 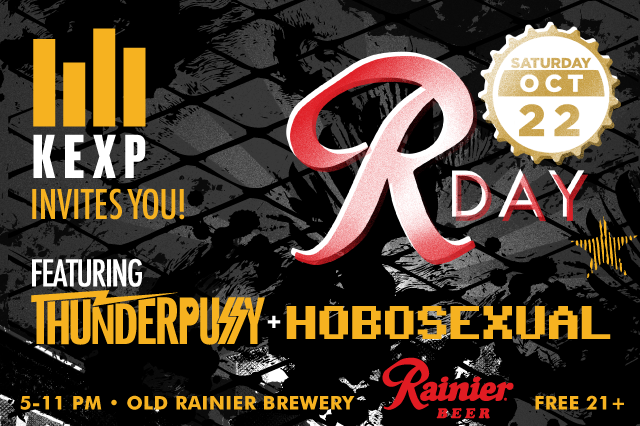 For those born and raised in the Puget Sound, it’s just about impossible to just flat out say “Rainier Beer.” No. It’s “Raaaaaaaaaiiiii-nieeeeeeeeerrrrrr (gasp) Beeeeeeeeeeeerrrrrrrrrrr.” The “R” icon is simply another identifier of our area, much like the Space Needle or Smith Tower. And though the company was bought out by Stroh’s in 1999 and subsequently Pabst, and the original brewery (which began making beer in 1878) was also sold at that time and now houses Tully’s Coffee headquarters and artist spaces, the brand persists as a Northwest signifier. Plus, Rainier Beer is once again made in Washington at the Redhook Brewery facilities.

In fact, it is so ingrained in the local culture that an “R” Day celebration was instituted two years ago, when the giant neon “R” was restored to the apex of the Old Rainier Brewery. And this year it was made truly official, with both Governor Jay Inslee and Mayor Ed Murray issuing proclamations to that effect. KEXP is helming the event, held at the Old Rainier Brewery itself. And it’s going to be loads of fun.

Not only will there be Rainier beer (the original and a new brew, Rainier Pale Mountain Ale, which will debut at the event), but there will also be fun things to do. There will be team sports challenges. There will be climbing walls. There will be giant Jenga. And to cap it all off,  two of Seattle’s very best rock bands will perform.

Hobosexual and Thunderpussy go together like the proverbial peanut butter and jelly. The former’s scuzzed-out songs about robot love and Sharon Stone pair perfectly with the latter’s innuendo-filled, sequin-sporting rockgasms. This show is going to be a treat. And it’s free!

Hobosexual at The Tractor Tavern (Photo by Christine Mitchell) 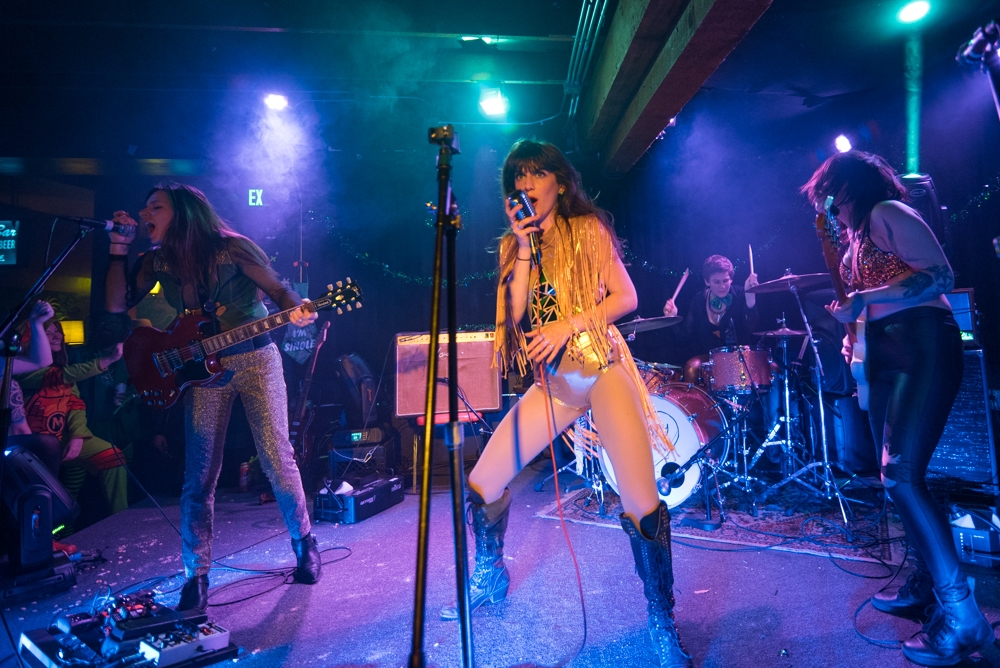 Christine Mitchell has been poring over album liner notes pretty much since she acquired the skill of reading, and figured out the basic structure of rock songs at an early age. Whether it’s the needle popping into the first groove of the record, the beeps that signal the beginning (or end) of a cassette tape, or digital numbers ticking off the seconds from zero, music brings Christine happiness, ponderous thought, opportunities for almost scientific study, and sometimes a few tears. When she started attending live shows two decades ago, a whole new piece of the puzzle clicked in and she has been hooked ever since.
Related ItemsChristine MitchellFeatureHobosexualR DayRainier BeerThunderpussy
← Previous Story This Weekend: NadaFest!!!!!
Next Story → Bad Religion at SoDo on Wednesday