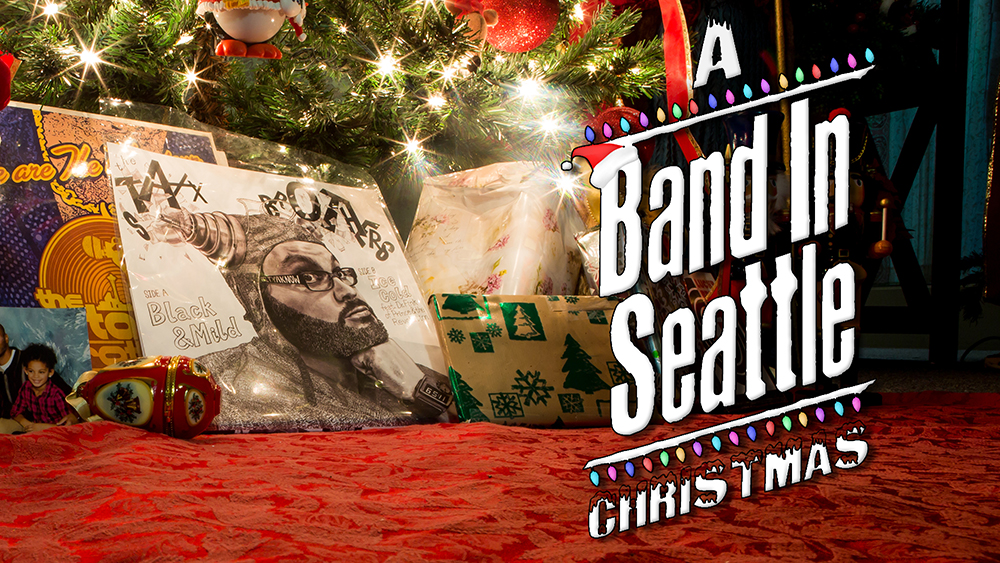 If someone told you that they were putting together an hour-long holiday special filled with a mixture of classics and original songs performed by 21 Seattle artists, you might think that that person was crazy. However, that is what local television and web program Band in Seattle has been doing for several months. Twenty-one artists came to Victory Studios to shoot for the Christmas special, either putting their spin on a classic Christmas song or performing an original.

As you can see, you’ve got a lot of genres covered here. You’ll get a taste of rock and roll, country, ambient post rock, folk, a little celtic action, and a whole lotta soul.

For a little taste of what to expect to see Saturday night, The Staxx Brothers “Slow Jam for Christmas” is jam packed production that acts as a sequel to their previous Christmas song “Cornrows for Christmas.”

To see this along with all the other songs on the small screen this weekend, tune in to KSTW- CW Channel 11 on Saturday night at 8 or 11 pm. “A Band in Seattle Christmas” will also air the next Saturday at the same times, 8 and 11, so you can enjoy this musical romp with your family while you’re opening presents on Christmas Eve or winding down after a huge meal (I know I will be).

You can pre-order the album of songs featured in the show on Amazon now, you can stream it on Spotify, and Band in Seattle will soon have the DVD available on their website, including an exclusive vinyl single of “Slow Jam for Christmas” in partnership with Soniphone Records.

Here’s a collection of stills from the songs for a sneak peek.

Abby Williamson is a photographer, writer, and video blogger with a passion for live music – especially the local scene. She recently moved to Seattle after commuting from Gig Harbor for shows an average of once a week for five years, so she’s happy to not have to drive as much and photograph even more concerts! When she’s not elbowing her way up to the front row at a show or sorting through thousands of photos of those shows, Abby also does freelance wedding photography, all the while cultivating a decent-sized following on YouTube. Abby has contributed to several music blogs over the last five years (and she’s really excited to join the SMI team!), and has been published in at least one album booklet for the band, Someone Still Loves You Boris Yeltsin. She would like people to know that while music photography and writing is a huge passion in her life – she is a fan first, photographer second.
Related ItemsAbby Williamsonafton praterBand In Seattleblake lewisbread & butterChampagne Honeybeecharlie and the rayscrying shameFeatureFurniture Girlsgood companyjake hemming and the bereavedJessica Lynnejupe jupekstwLocal MusiclocalsSeattle Music Happeningsstar annastaxx brotherssweetkis mommathe bendthe malady of sevendialsVaudeville EtiquetteWhitney LymanWhitney Monge
← Previous Story DTHB Illuminates & Mesmerizes Seattle
Next Story → In Flames Makes Another Visit To Seattle