By Christine Mitchell on February 14, 2017@Housetornado37 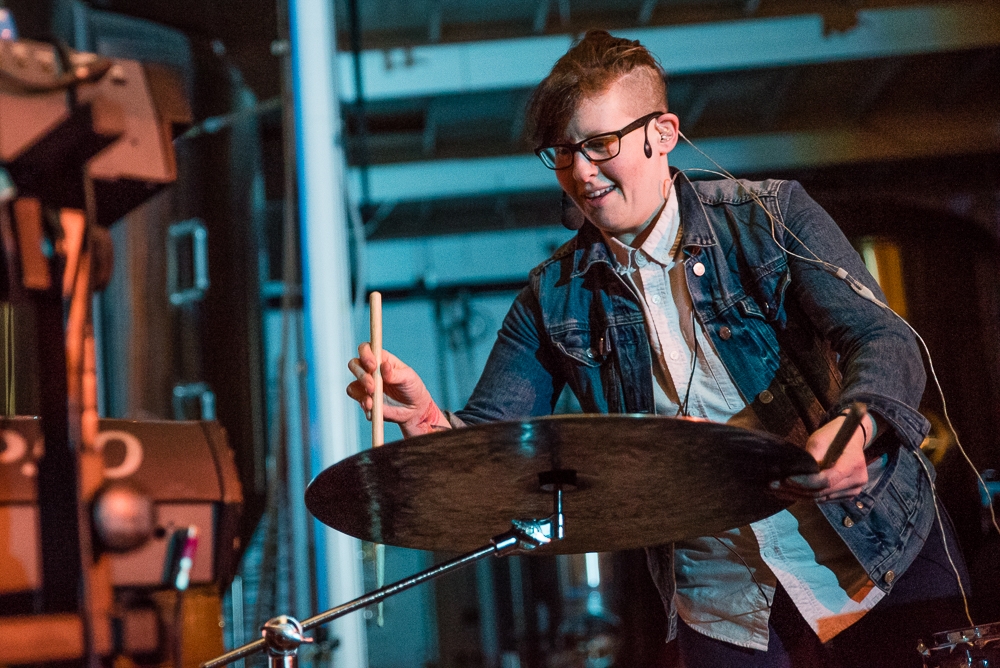 The opening salvo of festival season was fired by the Fisherman’s Village Music Festival last Friday night, and it was a bomb of awesome. The lineup for this year’s fest is truly staggering, featuring the likes of Seattle heavies such as Thunderpussy, Cataldo, Naked Giants, SLOUCHER, The Cave Singers, as well as Brooklyn’s LEGS. There is also a solid anchor of some of Everett’s own best bands: Fauna Shade, Spirit Award, Crystal Desert, The Moon Is Flat, Sleepwell Citizen, Campion, and The SkyeMonkey. With wristbands selling for $35 for the entire three day event, taking place from March 31 to April 2nd, one thing is certain: YOU HAVE TO GET TO THERE.

The embarrassment of riches that is this year’s lineup (My Goodness! Porter Ray!) was announced at Scuttlebutt Brewing and Taproom in Everett, and it was the venue’s inaugural event. One can only hope that more will follow as the space was gorgeous in its industrial nature, the bands surrounded by casks and pallets, and the taproom pouring a truly varied selection of beers under hanging filament lights.

Everett’s Tellers opened up the evening with a set that showed the band’s musical growth. The songs are still full of soul-searching, but have grown a few 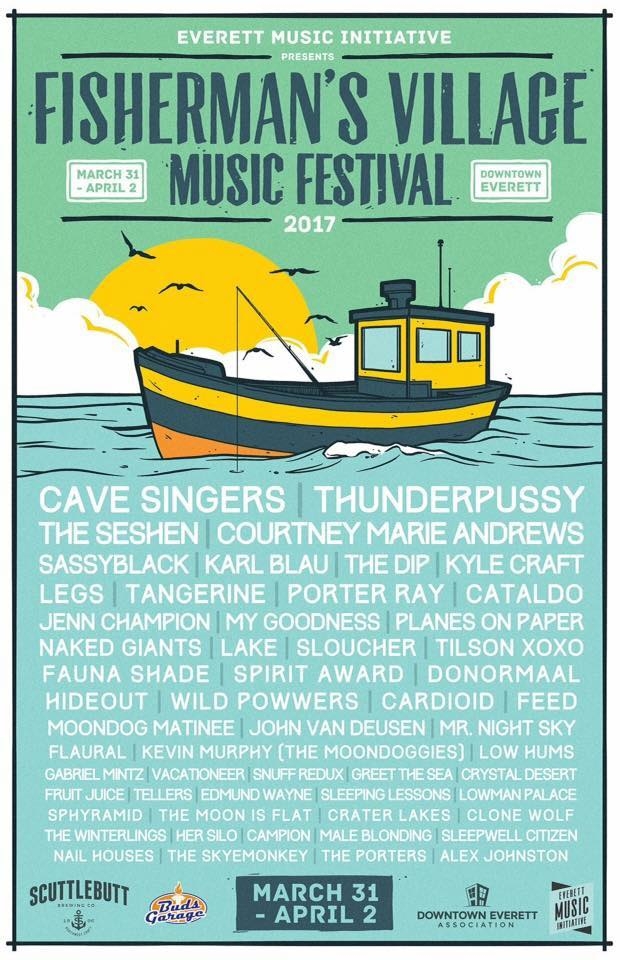 teeth, which is great to hear. Sarah Feinberg has a lovely voice that veers between soft and forceful, and her band follows suit backing her guitar with a sound that is sometimes dreamy and sometimes a bit more intense. Bryan Bradley (I Will Keep Your Ghost) filled in for Isaac Melum on bass admirably, while new drummer Ryan McQuen played like he’d always been there. Tellers were well received; they always seem to bring out a large following and this night was no different.

Portland’s Tango Alpha Tango got the venue rocking. Guitarist and singer Nathan Trueb’s stage presence is magnetic and emphatic. He demands attention, and the crowd gave it to him in spades. TAT’s rhythm section, with Mirabai Carter on bass and Joey Harmon on drums, seemed to act as the musical tether to Trueb, who at times appeared possessed by his music. He definitely seemed obsessed with his guitar, attacking it with his glass guitar slide, playing it on the floor and in the air, all the while making the most incredibly focused guitar faces. And the music? Bluesy, with the aforementioned slide guitar playing adding a great deal of interest to the pounding backbeat. At one point Trueb even started a dance-off, dividing the crowd in two and pitting them against each other (Team B won). Folks were fairly sweaty by the end of Tango Alpha Tango’s set.

SISTERS then turned on their shimmering, poppy brilliance, leaving little time for the sweatiness to abate: it was time to DANCE. And that is what people did, left and right. They were lost in the music, that happy, happy, SISTERS music that is full of love for all. It was an almost palpable relief that rippled across the crowd; stress set free to the ether, current events washed away in synth and drums. Thank goodness for Andrew Vait and Emily Westman, who expertly created that music via Vait’s keyboards, guitar, and saxophone and Westman’s drumming. “Queer Life” was a high point of the set, with SISTERS promoting a message of diversity and acceptance for all utilizing a dancey beat, and the crowd yelled its approval back at them. It was heartwarming and smile-inducing. Another highlight was when Tilson XOXO popped up onstage to rap to a track, and his delivery was slick, speedy, and flawless and had folks hooting with pleasure. What Tilson XOXO has up his sleeve for the future HAS to be something great; our interest has been piqued for sure.

After the announcement of the Fisherman’s Village lineup (Sassyblack!  Sleepwell Citizen! Wild Powwers!) earlier in the night, between set banter consisted of stacking superlative adjectives and boisterous excitement. After SISTERS’ set was over, many stuck around to continue the conversation (Planes On Paper! The Moon Is Flat! Moondog Matinee!) and suck down one last beer. That excitement is only going to build as the festival gets closer.

Get tickets here. Fisherman’s Village Music Festival will take place from March 31st to April 2nd at various venues in Everett. Parking is abundant and there will be food trucks. Prepare yourself.

Christine Mitchell has been poring over album liner notes pretty much since she acquired the skill of reading, and figured out the basic structure of rock songs at an early age. Whether it’s the needle popping into the first groove of the record, the beeps that signal the beginning (or end) of a cassette tape, or digital numbers ticking off the seconds from zero, music brings Christine happiness, ponderous thought, opportunities for almost scientific study, and sometimes a few tears. When she started attending live shows two decades ago, a whole new piece of the puzzle clicked in and she has been hooked ever since.
Related ItemsChristine MitchellEverett Music IntiativeFeatureFisherman's Village Music FestivalScuttlebutt BrewingSISTERSTango Alpha TangoTellers
← Previous Story Female Representation At Music Festivals
Next Story → Fisherman’s Village Fest Q+A for 2017