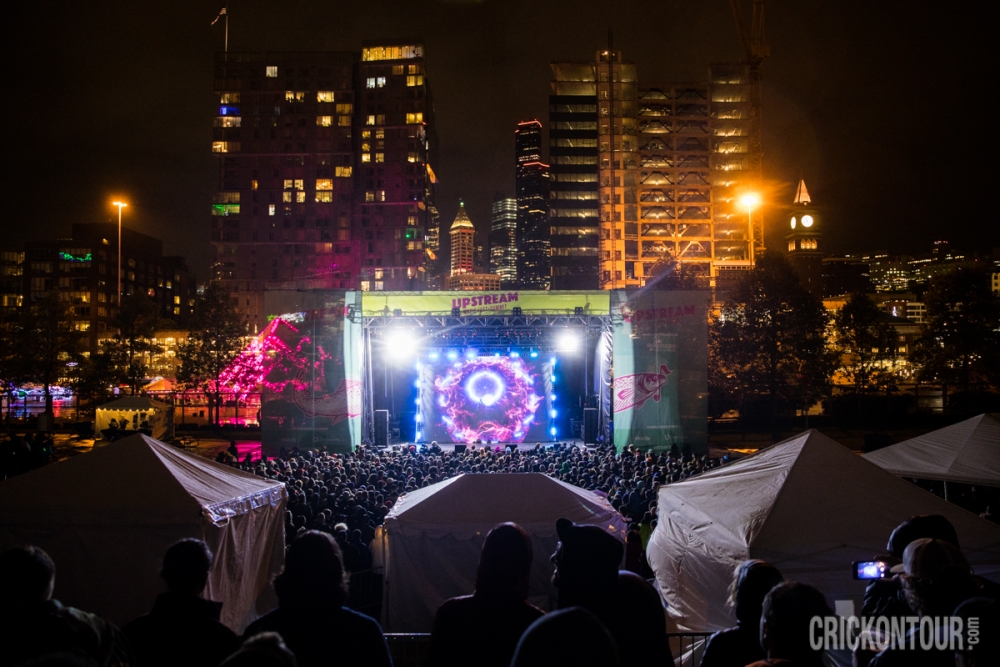 The inaugural Upstream Music Festival and Summit took place last Thursday, Friday, and Saturday in and around Pioneer Square. There was far too much going on to fit into one article, so we at Seattle Music Insider will be running a separate photo gallery for each day. Day Three’s article will include a general overview and thoughts about the weekend.

Friday started off in a groovy way with a set by local favorites Polyrhythmics. The main stage kicked off its first day with a set by Deep Sea Diver. Again, there was an abundance of musical styles to wade through. J GRGRY‘s pop shimmered in the Galvanize basement, while Belt of Vapor kicked metal ass at Elysian Fields. Neu Yeuth gave an impassioned performance, their electronic set kicking of a ridiculously good run of artists at the Freakout Records stage that also featured Maiah Manser, Acid Tongue, and Smokey Brights. Wild Powwers rocked the J&M Café, and Duke Evers sexed up The Comedy Underground. Flying Lotus put on a great EDM set that was accompanied by a great light show at the Main Stage as well.

Below is a photo gallery from Day Two of Upstream. Be sure to check out the photos from Day One, and the final analysis with Day Three’s gallery.

Christine Mitchell has been poring over album liner notes pretty much since she acquired the skill of reading, and figured out the basic structure of rock songs at an early age. Whether it’s the needle popping into the first groove of the record, the beeps that signal the beginning (or end) of a cassette tape, or digital numbers ticking off the seconds from zero, music brings Christine happiness, ponderous thought, opportunities for almost scientific study, and sometimes a few tears. When she started attending live shows two decades ago, a whole new piece of the puzzle clicked in and she has been hooked ever since.
Related ItemsAcid TongueAlex CrickAluna GeorgeBelt of VaporChristine MitchellDeep Sea DiverDuke EversFeatureFlying LotusJ GRGRYLeavaMaiah ManserNeu YeuthPolyrhythmicsSmokey BrightsUpstreamWild Powwers
← Previous Story PHOTOS: Upstream Day One
Next Story → Flight to Mars Benefit Marks 15th Year