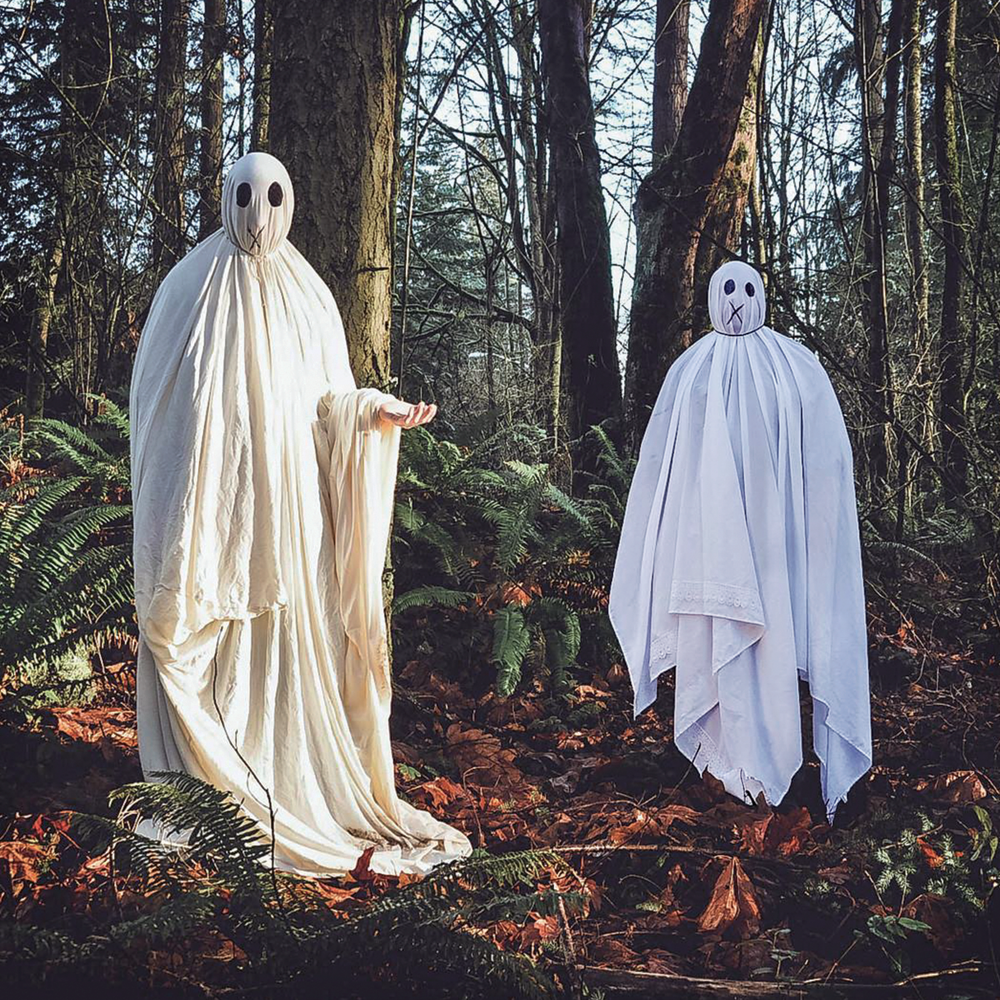 When the Four Corners: A Split compilation was released a little over a year ago, Asterhouse’s two tracks stood out as the most shiny and accessible of the bunch. The band has built a following due to their energetic, pop-leaning performances that feature John Thornburg front and center on drums and vocals. His impassioned voice soars and growls while flanked on one side by his high-jumping brother Russ on guitar, and on the other by stoic bassist Julio Posada. Their sound is sweet enough for the younger set to bop to while retaining strong ties to Seattle’s rock sound of yore, which keeps oldsters’ heads banging. Errors That Smile, Asterhouse’s latest offering, brings several new facets to their repertoire that include heart-rending, expansive ballads and ruminations on spirituality.

The band gets right to the point from the get-go with “1778,” a sprawling seven minute opus that starts off with introspective maudliness and builds to a crescendo full of attitude and archetypes (“I wanna be Bob Dylan/Bob Dylan wants to be me”). Next up is “Dalai Lama,” which has been part of Asterhouse’s live set for a good long while and kicks ass on all sides, from John’s soaring vocals to Russ’ shredding guitar. The song takes a searing look at pop culture and history, name checking a la “We Didn’t Start The Fire,” only 1000% cooler and a million times less annoying. Sorry, Billy Joel, the Brothers Thornburg have got your number.

“So Easy” is another racer of a song that feels like a sinuous drive down a sunny highway. Its accompanying video turns that idea onto its head; focusing instead on the song’s lyrics about an all-consuming love. “South Carolina” is another emotional, melodic ballad that exchanges electric for acoustic guitar; again, the focus here is on John Thornburg’s shimmering, stretchy vocals complemented by mellotron-y sounding keys from Russ Thornburg. This shorter song feels like an interlude or a breather, because when “The Modern Death” comes on, it’s time to buckle up for a barnburner. “The Modern Death” is easily the hardest-rocking song on Errors That Smile, with John’s vocals at their most shredded, angry, and screaming, and Russ’ guitar veering heavily into metal territory. “Hail the God Computer,” indeed.

The clutch of seven songs comes to a close with the piano-centric “The Only Ghost,” which feels like a 180 degree turn from “The Modern Death” save for some gritty guitar work in the eye of the song. Its (mostly) quiet restraint makes it the most beautiful of Errors That Smile’s slower moments.

Errors That Smile taken as a whole has a bit of a roller-coaster feel, switching back and forth from guitar ragers to brooding soul-searchers, but that’s a good thing, because we need to catch our breath once in a while as well as not get too bogged down all at once. Given the energy of their live shows, it’s a sure bet that you’ll need those breaks in between all of that rocking.

Watch the video for “So Easy” below:

Christine Mitchell has been poring over album liner notes pretty much since she acquired the skill of reading, and figured out the basic structure of rock songs at an early age. Whether it’s the needle popping into the first groove of the record, the beeps that signal the beginning (or end) of a cassette tape, or digital numbers ticking off the seconds from zero, music brings Christine happiness, ponderous thought, opportunities for almost scientific study, and sometimes a few tears. When she started attending live shows two decades ago, a whole new piece of the puzzle clicked in and she has been hooked ever since.
Related ItemsAsterhouseChristine MitchellErrors That SmileFeature
← Previous Story Video Premiere: Oliver Elf Army’s ‘Black Nikes’
Next Story → New Music: Nail Houses’ PARADE