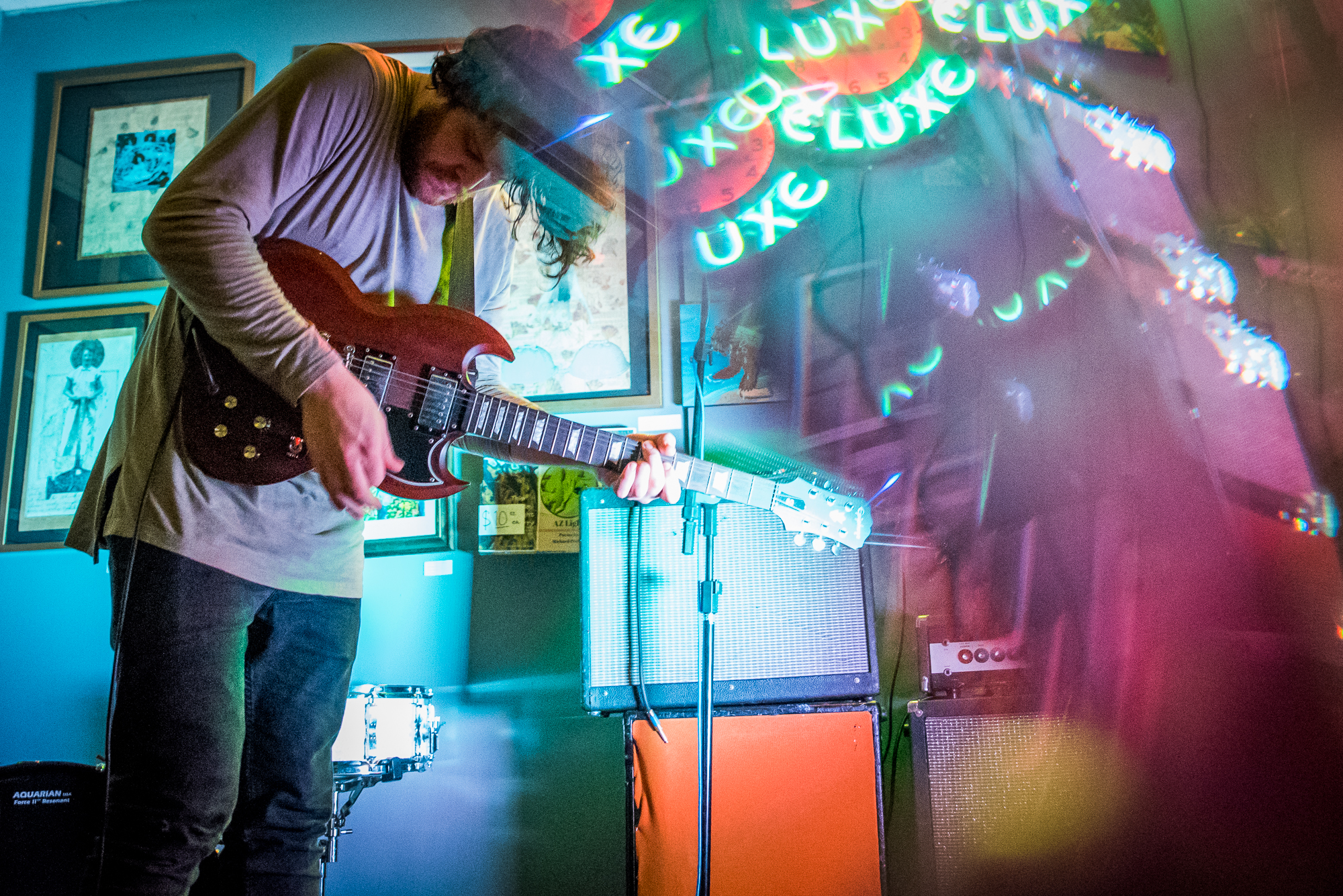 Simon Nicol, or Leava, is a Seattle and Everett-based musician currently working on a collection of songs entitled True Believers. On his latest track, “Had Enough?,” Nicol exhibits a thorough understanding of both complex layering and minimalism; his reverb-saturated vocals and bright, almost sizzling guitar sounds, combined with the delicate heartbeat of a bass drum, make “Had Enough?” a very interesting, experimental electronic track worth poring over.

“Had Enough?” begins with a sample that immediately reminds the listener of a phone dial tone. As the song ominously starts to move forward, an eerie white noise creeps over deeply rooted bass drum hits – then, silence – and finally, the crash of a striking, brilliant guitar chord sets the rhythm in motion. Nicol’s falsetto vocal melodies in the song are both sweet and scary, in that “Had Enough?” instantly makes the listener feel anxious, yet there is some element of serenity as well. Ominous is a truly operative word here – the entire song gives the impression of wanting more, even expecting more, anticipating something big to happen.

“Had Enough?” has an absolute and observable crescendo. After two minutes of Nicol’s pleading vocals and rhythmically solid, but melodically airy instrumentation, the track breaks wide open at the command of his guitar; but not before a ghostly vocal interlude. What stands out in his latest track is Nicol’s expertly calculated subtleties. Nicol knows exactly how low to bring the darkest, most intense moments, creating a tangible sense of anxiety that swells into a hard-hitting second half. The drum samples on this song are tight and specific; the guitar, cutting and electrifying, reminiscent of Grizzly Bear. “Had Enough” leaves the listener intrigued – it seems to end just after Nicol has a chance to really pull the listener in. This makes a great song, and Leava’s next release should be excitedly anticipated.

Leava will release True Believers in the first half of 2018, and will announce his next show in the coming weeks. You can listen to “Had Enough?” online here.

Paddy Moran is an active musician and participant in the bustling Seattle music scene. When not discussing his extreme distaste for eggs (any style), Paddy can usually be found fumbling around, looking for lost personal items and accoutrements. Have you seen his backpack? It was right here a minute ago; someone must have moved it. In his personal life, Paddy requires almost constant, near-24/7 audial stimulation, which explains both his undying love for new music and why he won't just stop talking already. Oh, there's my backpack. I mean his.
Related ItemsFeatureLeavaPaddy MoranSimon NicolTrue Believers
← Previous Story Vicious Rumors Invades Louie G’s Pizza
Next Story → Howard Jones Kicks Off Solo Piano Tour in Seattle