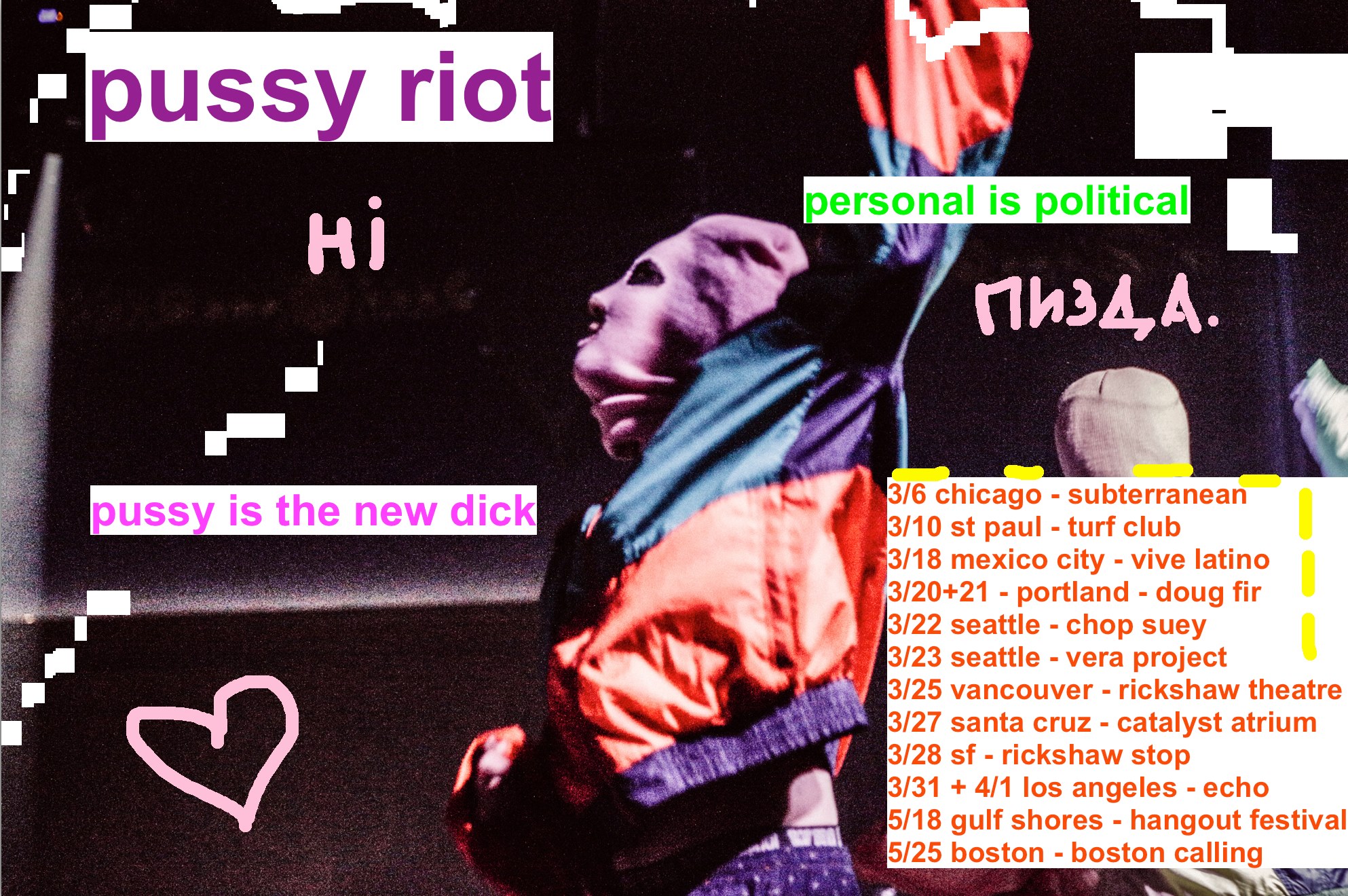 Pussy Riot, a feminist performance collective from Russia who is known for taking the conservative political establishment head on, is set to play Seattle’s Chop Suey on Wednesday, March 22 on the heels of two new videos, “Bad Apples” with Dave Sitek and “Elections” with pop composer CHAIKA. Pussy Riot are known for challenging the status quo of corrupt politics as usual with explosive lyrics as well as a blend of performance art and music.

On March 17, Vladimir Putin was re-elected for another six years, and so it’s safe to assume that Pussy Riot won’t be happy about that during their performances this week in Seattle (they are also playing The Vera Project on Thursday, March 23). The shows promise to be as engaging as they are political.

In 2012, members of the Pussy Riot collective were arrested on charges of “hooliganism” for provocative performances in Russia that featured lyrics that were especially critical of Putin. Making matters worse, they staged this controversial performance inside a Russian Orthodox church. Three members of the collective were sentenced to five years of detention by the authoritarian government that has historically shown to be anti-free speech and anti-LGBT movements.

In October of 2016, Pussy Riot released the video for “Make America Great Again,” a scathing critique of President Trump. It appears the collective are not content with challenging bigotry purely on their own soil, and are bringing their experiences of dealing with dictatorships to an audience that, nearly two years into the Trump presidency, is likely looking to blow off some steam.

You can purchase tickets for the Vera Project show here.

Meredith Smith is a writer in Seattle, whose musical roots date back to mid-90s ska and punk shows. She writes about the intersection of politics and music, as well as upcoming shows and Seattle events.
Related ItemsChop SueyFeatureMeredith SmithPussy Riot
← Previous Story Sleepwell, Sweet Apollo
Next Story → I Will Keep Your Ghost’s ‘OPTIONS’