An Evening Of Classic Heavy Metal at El Corazon

By Mike Baltierra on March 21, 2018@baltierraphoto 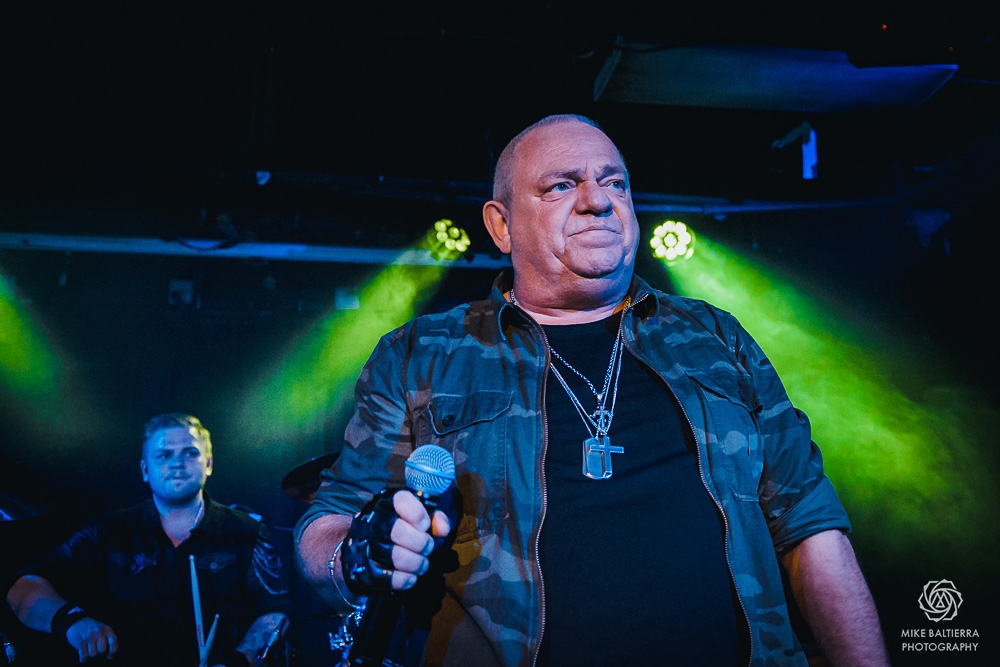 El Corazon in Seattle was the place to be if you are a fan of classic heavy metal. Particularly if you are a fan of Udo Dirkschneider, who once fronted a very popular band from Germany known as Accept. Though Dirkschneider left Accept in 1987 and has put out numerous albums as U.D.O. that were also very commercially successful, many fans have continuously asked that their favorite songs by Accept be performed during numerous live performances. This tour is dubbed the “Back To The Roots – Farewell to Accept” and will be the last time that Dirkschneider will be performing Accept material live.

Many fans lined up outside the venue hours before the doors opened. Some had paid for the VIP experience and others were there, patiently waiting for the perfect spot in the standing room only venue. The venue was absolutely jam packed by the time Dirkschneider, which consists of Udo Dirkscheider (vocals), Bill Hudson (guitar), Andrey Smirnov (guitar), Fitty Wienhold (bass) and Sven Dirkschneider (drums) made their way to the stage. As the lights went down, each member appeared one at a time. The band then proceeded to tear into “The Beast Inside”. As Udo sang the verses, Hudson, Smirnov, and Wienhold made their way back and forth across the stage as well as coming to the center to perform synchronized head banging.

The band tore through many popular fan favorites such as “Aiming High”, “Bulletproof” and “Midnight Mover”, which had everyone in the crowd singing the chorus. So loud was the crowd that Udo put down his microphone and smiled at everyone, young and old, who knew the lyrics.

Other fan favorites included “London Leatherboys”, “Screaming for a Love-Bite”, “Princess of the Dawn”, “Metal Heart” as well as the ever popular “Balls to the Wall”. The band sounded solid and Udo sounded incredible, just as great as he did when he fronted Accept many years ago. The band performed for a little over two hours, which seemed to only whet the appetite of everyone in the crowd. All told, it was an awesome show, put on by an awesome band to an awesome and appreciative audience.

All songs originally written and performed by Accept.