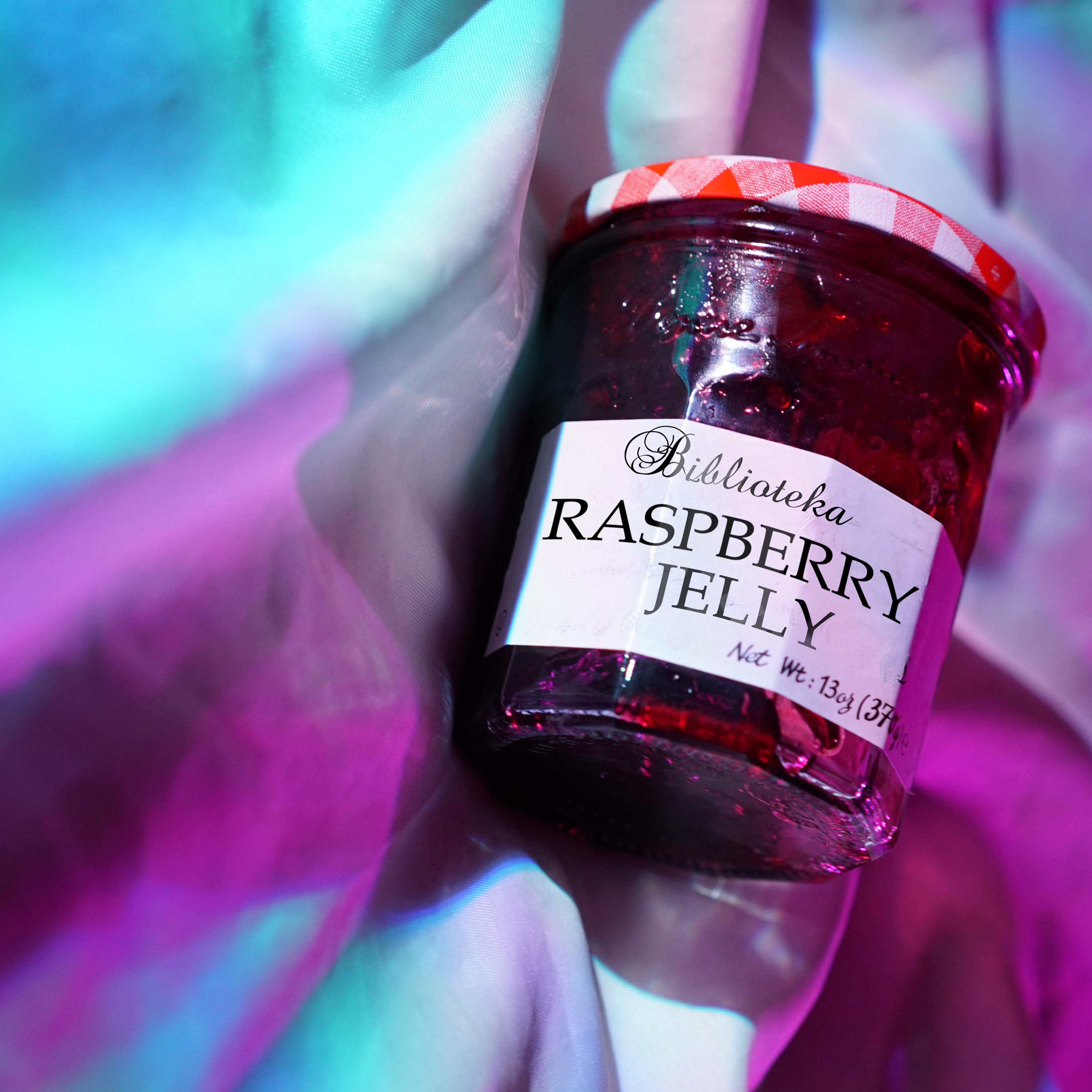 Seattle’s Biblioteka (formerly CRITTÉ) display their dreamy musical prowess with a vibrant new single, “Raspberry Jelly”, the title track off their upcoming EP (Raspberry Jelly). With a vibe that could match both a fuzzy summer morning and the dreariness of Seattle’s rainiest spring day, “Raspberry Jelly” is an amalgam of catchy, upbeat pop notes and dark, echoing broodiness.

Beginning with the excitingly ominous drone of an organ (courtesy of Jacque Treat), the song immediately strikes the listener with cheery guitar chords that put one in a carefree, but possibly melancholic mindset; one synonymous with both surf and good indie rock. The deep, bellowing fuzz of the bass (played by singer and bassist Mary Robins) gives the song a warm vibration, as the instruments unwind and set the first of many moods in this song. Robins’ striking, yet apathetic vocal tone adds a soothing quality to “Raspberry Jelly”, as it sways back and forth between a subdued verse and mellow chorus (featuring some playful picking from guitarist Hector Rodriguez and light, textural drumming from Chris Glaser).

The continuation of the organ throughout the track places “Raspberry Jelly” in an intriguing location, somewhere between a sunny picnic and an attentive church hall. The track’s mood abruptly changes, however, at the mid-way point; giving way to a more minor and almost psychedelic sound, Biblioteka crashes down into a spaced-out dirge with the final minutes of “Raspberry Jelly.” Cymbals glisten during the initial onset of this section, as snare and toms rise to portend a full-energy blowout that shakes the soul through the end of the track. Robins’ vocals take a ghastly tone here, supported by beautiful harmonies, all of which are soaked with reverb. Songs that can display multiple phases or emotional headspaces so accurately and cleanly provide strong engagement and almost a sense of adventure; and “Raspberry Jelly” is no less gripping, pulling the listener with it as the track shows its many faces.

Biblioteka will release Raspberry Jelly on Thursday, May 24th at Barboza with Antonioni and Velvet Q. Check out the stream of the title track below.

Paddy Moran is an active musician and participant in the bustling Seattle music scene. When not discussing his extreme distaste for eggs (any style), Paddy can usually be found fumbling around, looking for lost personal items and accoutrements. Have you seen his backpack? It was right here a minute ago; someone must have moved it. In his personal life, Paddy requires almost constant, near-24/7 audial stimulation, which explains both his undying love for new music and why he won't just stop talking already. Oh, there's my backpack. I mean his.
Related ItemsBarbozabibliotekachris glaserFeaturehector rodriguezjacque treatmary robinsPaddy Moranraspberry jelly
← Previous Story The Darkness and Diarrhea Planet: raucous at The Showbox
Next Story → The City Hall Premieres “West Set”