By Bill Bungard on December 4, 2012@lifeisgoodbill1 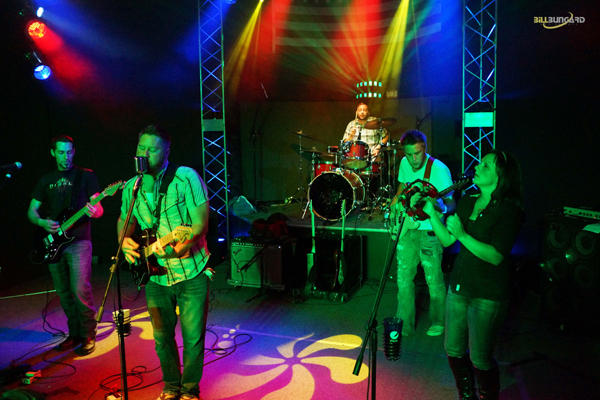 Earlier this year, SweetKiss Momma submitted their song Strange Fire for consideration in a songwriting contest being held by John Carter Cash (son of the late Mr. Johnny Cash), where they were finalists, but did not end up winning the top prize. One of the judges was a man by the name of Ken Coomer, who was the long-time drummer for both Uncle Tupelo and Wilco, before making the decision to focus his professional energy on becoming a full-time producer and session player in Nashville. His most notable work is probably the platinum-selling debut album by Vaquero’s singer Chetes, but he has also played on, and produced, albums by Steve Earle, Tim Finn, Will Hoge, Jars of Clay, and Emmylou Harris to name a few.

Having heard SweetKiss Momma’s music, Ken contacted the band to see if they’d be interested is working with him on their next project, and after a 6 month courtship, the band is heading down to Nashville in December to record their second full length album with Coomer at his Creative Workshop Studio.

Bill Bungard is a free lance photographer who is moved to capture the essence of beauty of the moment. His love for photography helps him convey his visual art by constructing a bridge so that others can see through his eye. Bills affection for the outdoors and live music reflects in his work and is considered and up and coming artist in the local community. Bill is the official photographer for Maurice The Fish Records, SweatBox Entertainment, Kim Archer and Russ Parish’s Tin Man. Bill has also captured Van Halen, Robert Cray, The B-52’s, Styx, Steve Lynch, and hundreds of other local artists and touring bands. His images have been published in the Tacoma Weekly and nationally in SHURE Mic Newsletters, musician websites and several promotional posters. Bill will help cover the many great live events around the Northwest for SMI.
Related ItemsBill BungardSeattle Music HappeningsSweetKiss Momma
← Previous Story Seattle WAVE Radio crowns Jammin’ Challenge winner at Hard Rock (Photo Slideshow)
Next Story → SMI Radio Ep. 76 On Demand: Chaos Chaos and some holiday rock music