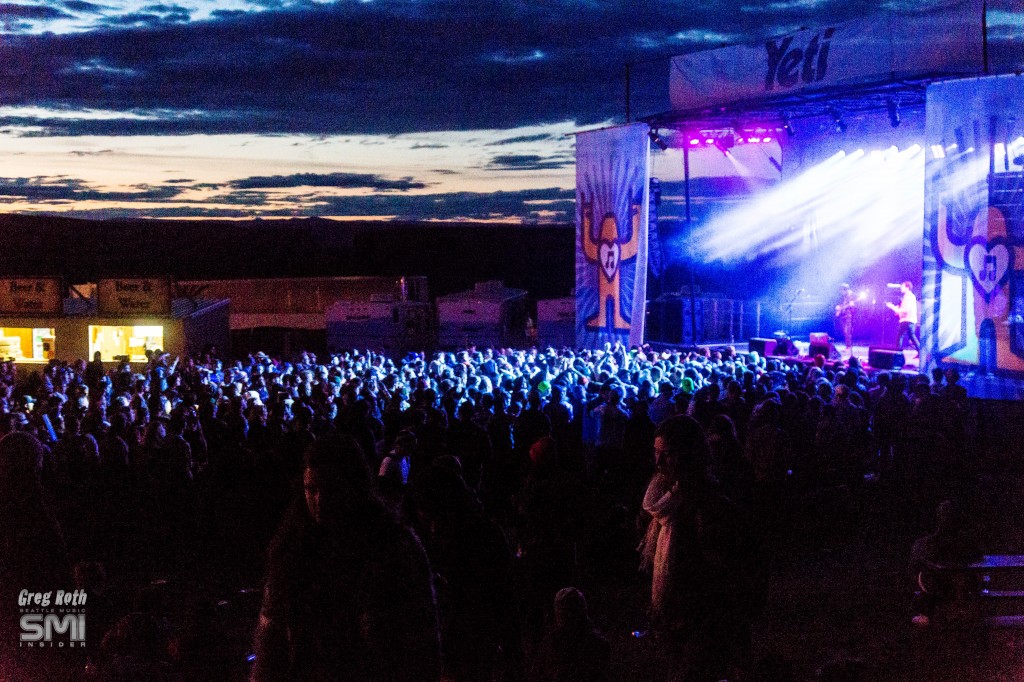 Well, it is hard to believe it has been a month since Sasquatch! 2013 took place at the beautiful Gorge, in a little slice of heaven called Quincy, Washington (State that is). Like past years, the festival offered up an eclectic blend of rock, hip hop, acoustic, folk, electronica R&B and more.

The weather was a little spotty this year with the rain being held off until the last day but the clouds parted just in time for some of the acts like Cake, The Lumineers and The Postal Service so to their thing in front of a picturesque cliffs and Columbia River serving as a backdrop.

The Festival has become a fun Memorial weekend getaway for music lovers and campers. So great is the festival’s appeal, next year Live Nation is not content to just host  just one  festival, but two… yes, TWO!

In 2014 Sasquatch! Music Festival is set to expand to a second holiday weekend in 2014. The festival will run May 23-25 (Memorial Day Weekend) and July 4-6 (Fourth of July Weekend) with two completely different lineups at The Gorge.

Festival creator Adam Zacks founded Sasquatch! in 2002 with the objective  of building an event that catered to the eclectic tastes of  music connoisseurs. Mr. Zacks is going to be doubly busy in 2014 as he will be responsible for personally programming the lineups for each Sasquatch Festival weekend. Zacks has the tough task of putting together two different, attractive and diverse lineups for each weekend, while still staying within some challenging budgetary constraints.

For us the festival is more than just a music event, it is a 3-4 day escape from our urban landscape and into a magical world of music art and natural beauty. Unlike other local festivals where at the end of the day concert goers head back to their creature comforts, fans either stay in temporary cities that are created at the amply provided camping areas. If roughing it isn’t one’s style than one can retreat to some of the available local motels. Either way, a few days out at the Gorge makes for a more authentic festival experience.

Sasquatch! artists have been known to break out their instruments and put on impromptu performances right there in the campgrounds.

We would like to thank some of the good folks at Live Nation for providing us the opportunity to cover the event again this year. Folks like Joe Cohen, Clare Tully and Ashley Graham (to name a few) work tirelessly all weekend to make sure the press staff has what they need to cover the event, and sometimes it can be a thankless job. It looks like next year they may just a little bit extra busy. We salute you!

We had a hoot covering the festival again this year. Below are a few photos from all three days from our Sasquatch! 2013 adventure.

We will be featuring interviews from some of the Sasquatch! 2013 artists such as Reignwolf, ZZ Ward, Sean Nelson, Miles Seaton (Akron Family), Robert Delong, Ryan Bingham and The Wild Feathers on future episodes of SMI Radio.

Thank you Sasquatch! Let’s do it again next year…TWO TIMES!

SASQUATCH! 2013 KICKS OFF THIS WEEKEND AT THE GORGE

Check out some of our past Sasquatch! coverage here.

Macklemore, ZZ Ward and Reignwolf provided a few of day one’s many musical highlights. Of course, we would be remiss if we didn’t mention the intense and electrifying performance of Father John Misty. Channeling the lizard King himself, Misty shimmied and glided across the stage with impunity and wowed the audience with his beautiful voice and finely crafted songs. We will have audio interviews with Ward and Reignwolf coming up on new episodes of SMI Radio… 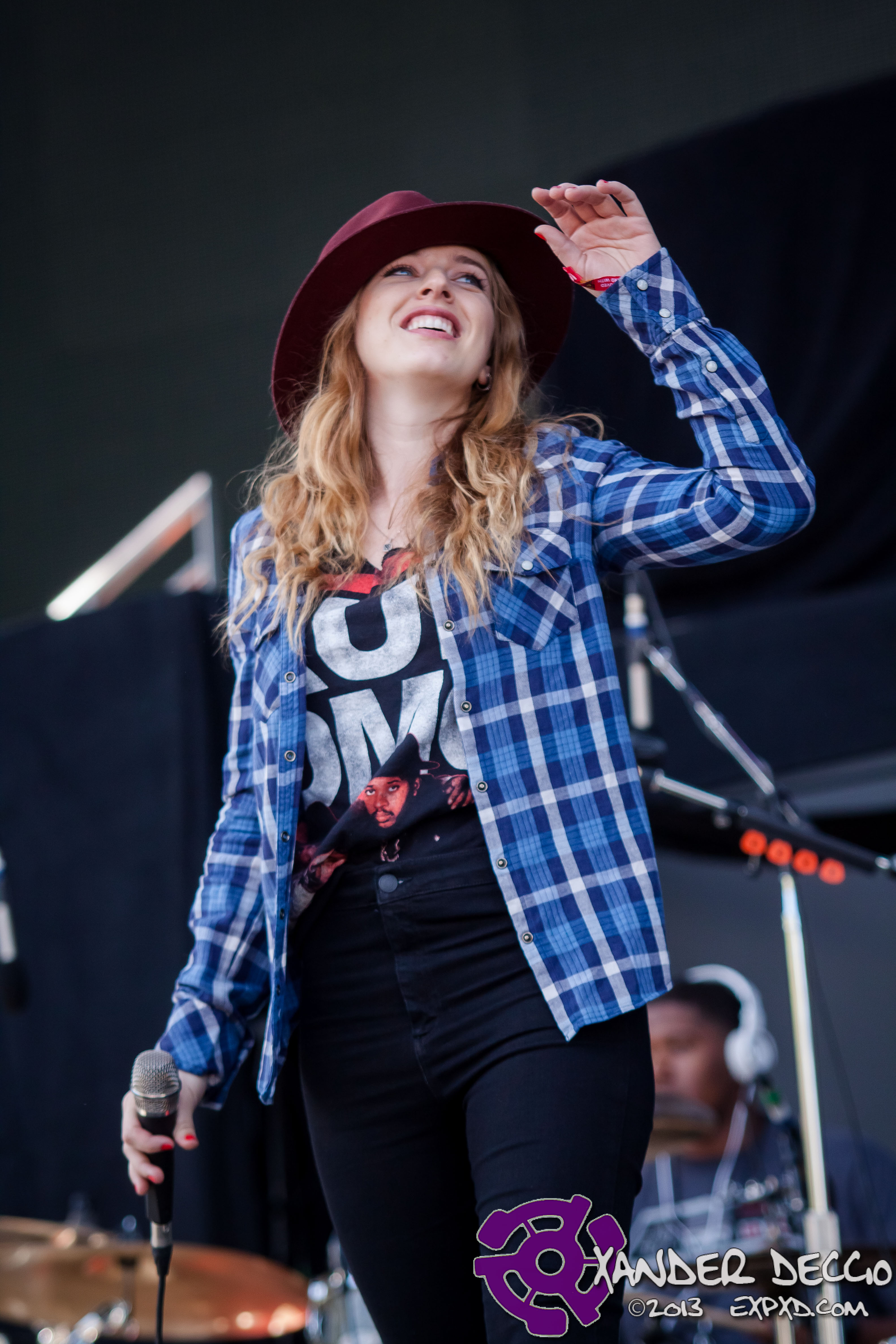 Seattle hippy / jam band Rose Windows  were one of the groups that started day two off early with a brilliant set. Divine Fits put on a highly energetic performance on the Honda Big Foot Stage. Iceland’s Sigur Ros were stunningly brilliant with their epic atmospheric progressive sound. Backed by  a vocal choir and string section, their music soared through the main-stage arena and seeped into the rest of the festival grounds. Over on Big Foot, fans were treated to a visually and sonically stunning performance from Australia’s Empire of the Sun. The band pulled out all the stops, providing fans with a full on multi-media experience, complete with HD video and back up dancers in futuristic costumes. 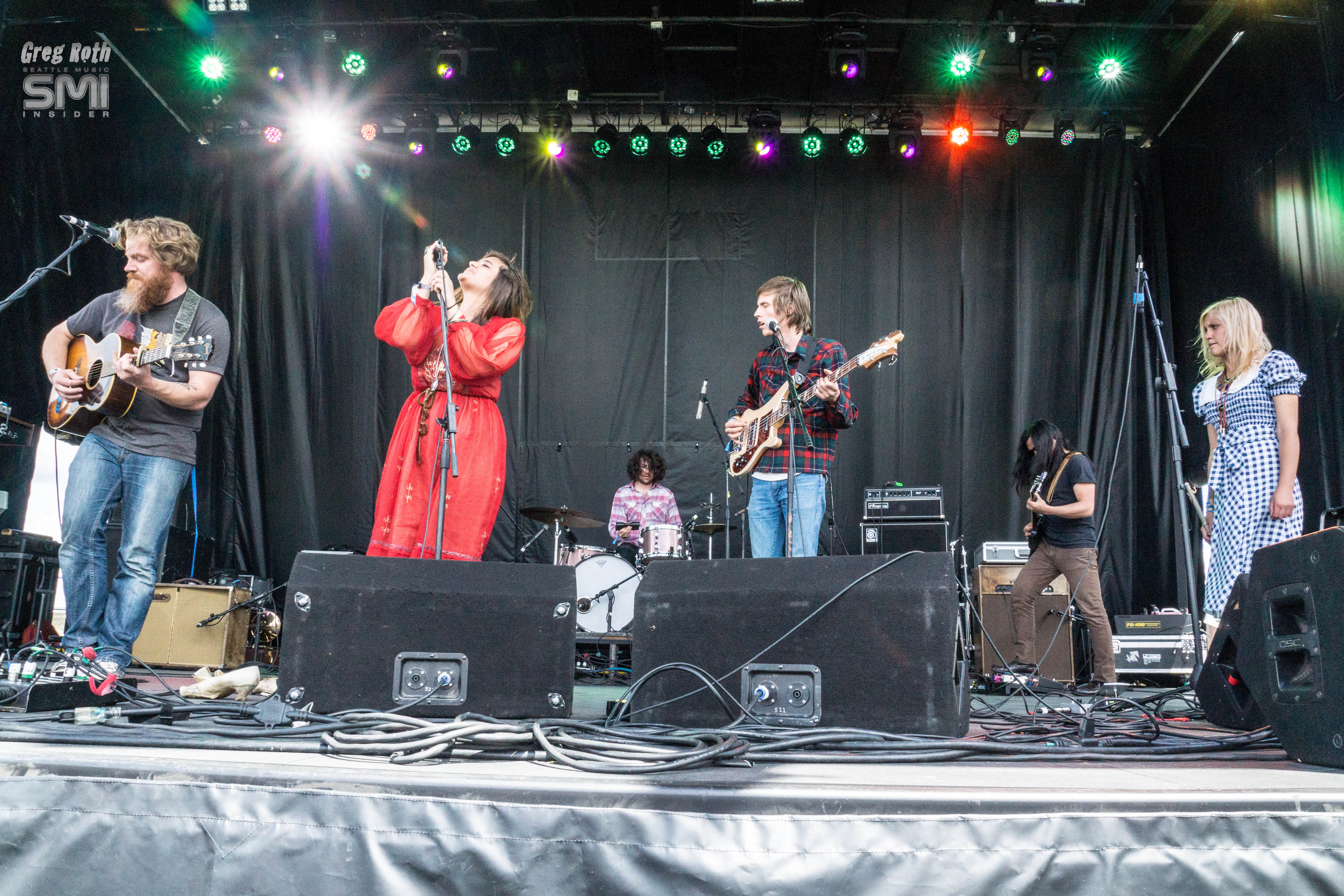 On Day 3 Sasquatch featured artists who have made a major impact on generations of newer artist but first we have to mention one of our favorite Northwest bands. Deep Sea Diver. Fronted by vocalist / guitarist Jessica Dobson, DSD played a healthy sample of tunes from    Beach / Naked Words and Repatriate. Kendra Cox from Lemolo added new dimension to the band’s performance backing the band on keyboards and providing some great harmonies to compliment Dobson. This is the second year in a row Dobson has performed at Sasquatch! Last year, she was on stage with The Shins.

Later on in the Day, former Harvey Danger front-man Sean Nelson put his former band in the rear view by showcasing some of his strongest material ever from his most recent effort, Make Good Choices. Backed by his tight band featuring his wife Shenandoah Davis on backing vocals and  keys, Nelson looked happy healthy and proved that there is life beyond Harvey Danger. (My interview with Sean will be available on some upcoming episodes of SMI Radio.)

The  Muliti-dimensional power-pop, new wave, punk rock, pop, R&B crooner Elvis Costello showed a younger generation how it is done. The dapper rock elder statesman performed a brilliant set which featured some of his classic gems like Watching The Detectives, “Pump it Up” and “Allison.”

Progressive rock virtuoso’s Primus closed out the evening with an interesting 3D performance. Fans were handed out glasses as the band stood out in front of a large video screen unlit and hidden from the crowd. Even with no stage lights on the band we were able to get a few artsy looking photographs. 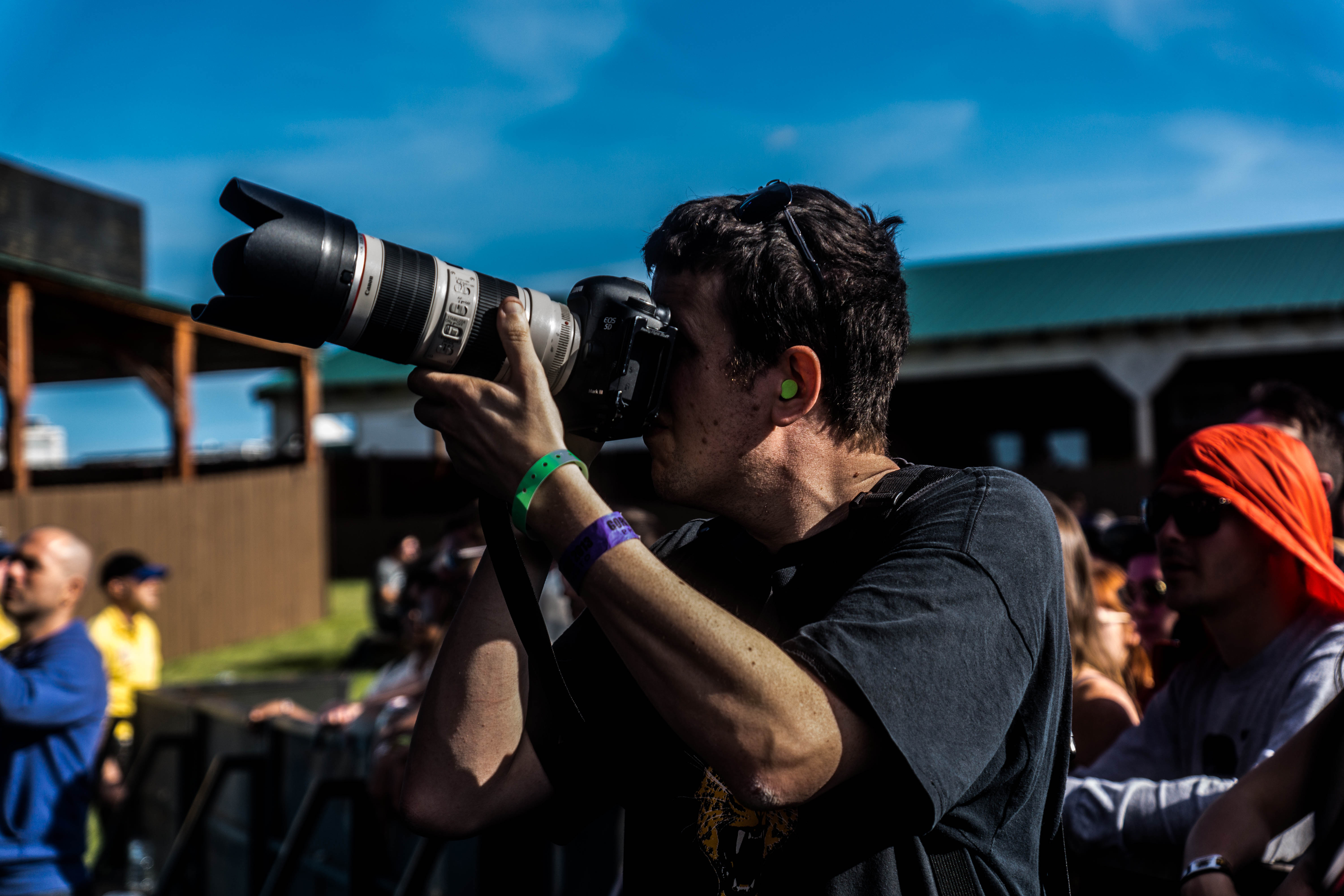 All weekend rain had threatened to put a bit of a damper on the festivities and on Monday, Day 4 it made good on the threat, somewhat. It did rain but the artists kept on playing and eventually the sun peaked through the clouds and the festival ended on a beautiful and high note with some stellar performances from groups like Twin Shadow, The Lumineers, Robert Delong, The Wild Feathers, Cake, The Postal Service and a lot more! 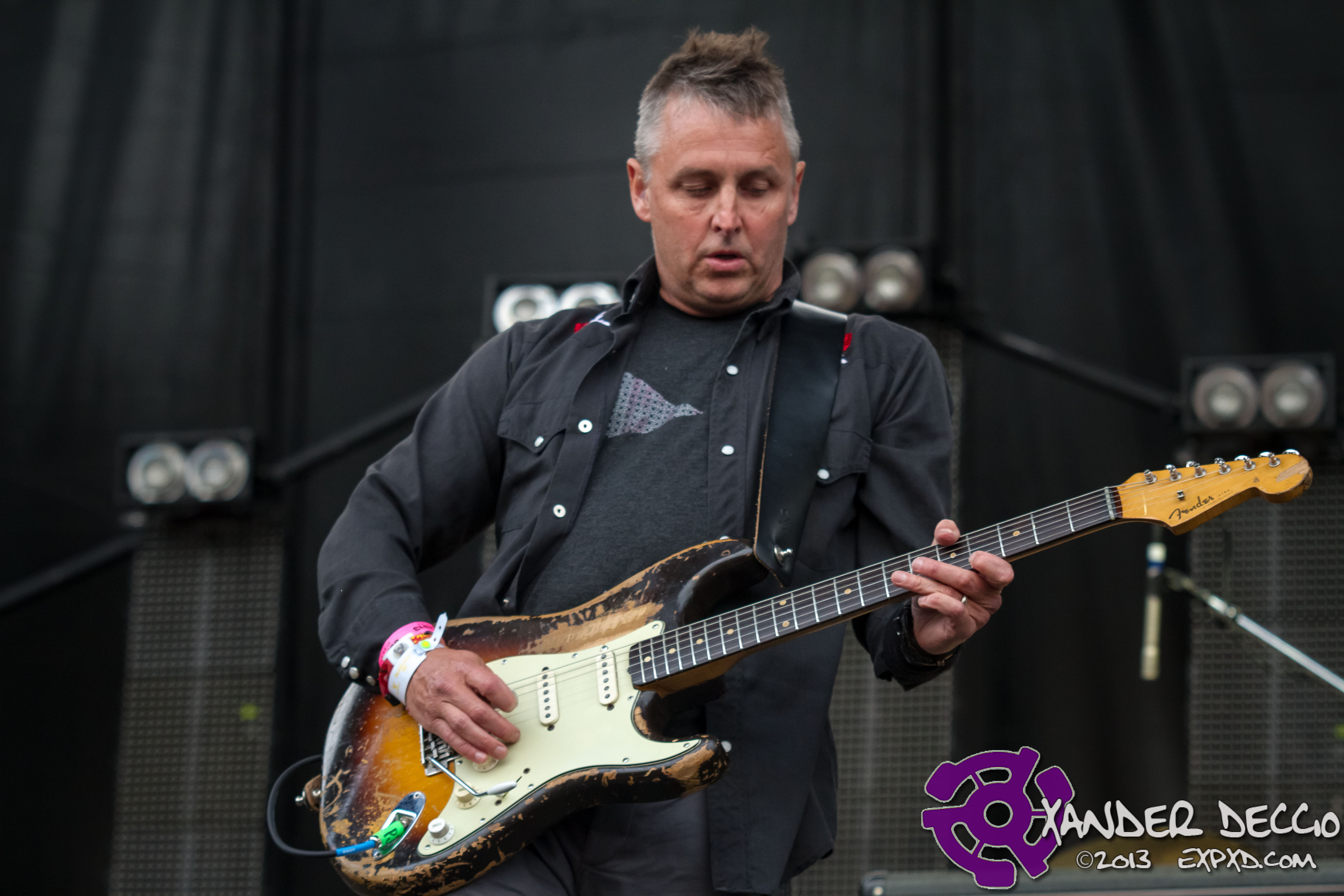 Not only is he a multi-media journalist, he is also an accomplished musician. He is the founder of SMI and drives the creative look, feel and branding for the publication. His years of writing, arranging, and performing live music in a variety of genres inform his ability to communicate the message and the mechanics of music. Roth’s work on SMI reflects his philosophy that music is the universal language, and builds community. He believes it has the power to unite people of every race, religion, gender, and persuasion.
Related ItemsAdam ZacksAshley GrahamClare TullyDeep Sea DiverDivine FitsElvis CostelloEmpire of The SunGreg RothGreg Roth Xander DeccioJoe CohenLive NationMacklemorePrimusPriumusReignWolfRobert DeLongRyan BinghamSasquatch! Music FestivalSean NelsonSigur RosThe GorgeXander DeccioZZ Ward
← Previous Story The Shivas and The Dandy Warhols do Portland proud at Showbox at The Market (Photo Slideshow)
Next Story → SMI Radio Xtra: Music Photographer Jason Tang (Audio Interview and Photo Slideshow)