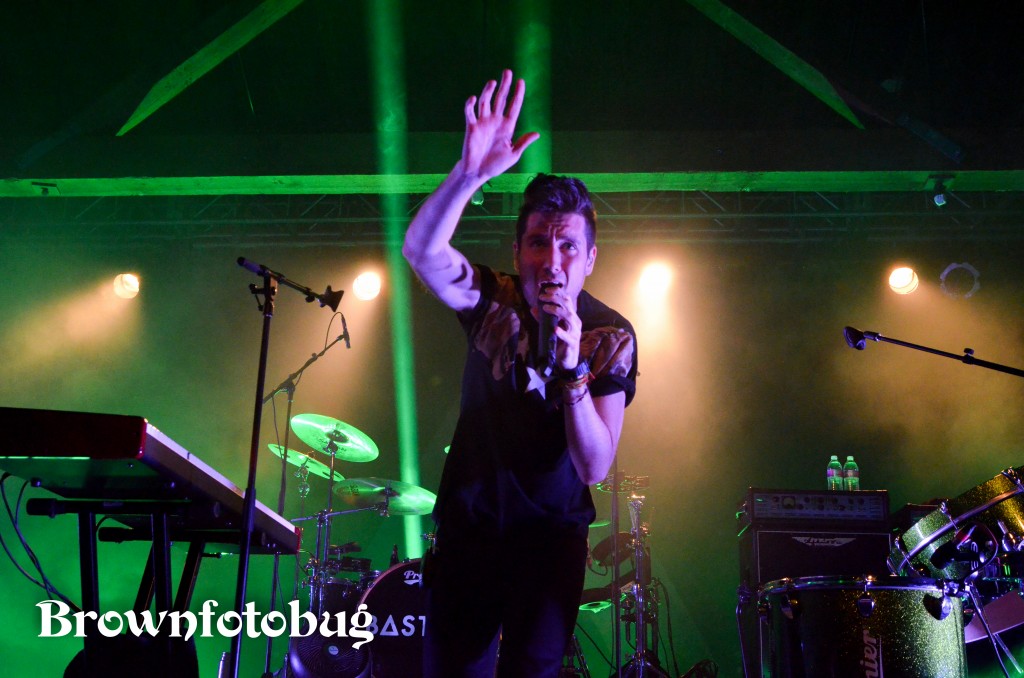 What time should you show up to see a concert?  That depends. If it’s a front-of-the-line spot for the Bastille concert at Showbox Sodo,  no later than 8 a.m..  A group of girls and a mom drove all the way from Eatonville to make sure they were front and center for one of today’s fastest-rising alt rock bands. You might think that’s crazy, but the next people in line were there at 10 a.m., thinking that would be early enough.  Nope, sorry.  The next group after that?  Noon.  And then the line just kept growing and growing.  While Mariner’s fans were walking by, heading to the home opener at Safeco, these ultimate fans were hanging out under umbrellas and blankets.  Many of those walking by asked “who’s playing?”  While some were shocked they were going to miss their chance to see Bastille, some just nodded, likely having no clue about the band.  It won’t take long for that to change, though.

At roughly 8:30 p.m. (that’s 12 ½ hours in line, folks), doors opened and the crowd filled-in quickly. London alt rockers,  To Kill a King opened the show with their Seattle debut. Promoting their album, Cannibals with Cutlery (out April 22), their set sounded like a mix of Mumford & Sons meet The National.  With his powerful voice, frontman Ralph Pelleymounter took control of the stage from the get-go. Backed by a solid, and crazy-talented drummer, Josh Taffel, To Kill a King had a clean, easy sound. Grant McNeil (guitar), Josh Platman (bass), and Ben Jackson (keys and synth), had fun on stage which made for a very fun show to watch.

As Bastille took the stage, the screams were almost overwhelming.  The smirk on Dan Smith’s (lead singer) face as he walked out indicated he knew this was going to be a good show.  And it was.  Most bands start off with a couple of their lesser-known songs.  But not Bastille.  They opened with their current “always on the radio” hit and newest album title track, Bad Blood.  Their sound was dead on.  Lights were dark and red, in keeping with the album title – not a photographer’s favorite lighting, but it made for a great overall stage setting.  The always jumping, powerful energy that Dan brought to the stage was offset by the mostly still and solid support of Kyle Simmons, Will Farquarson, and Chris “Woody” Wood.  But, when they switched up positions and all joined in four-part harmony, they didn’t need to jump around to get attention.  Their voices were captivating.

Bastille has only played in Seattle once before, and to a much smaller crowd than was at this sold-out 1,500-capacity venue.  This time, it was more overwhelming and humbling.  “These Streets” was definitely more personal to Dan, and that touched a lot of those in the venue.  But it was during “Flaws” as he danced around the perimeter of the venue, hugging and high-fiving the entire crowd, singing “All of your flaws and all of my flaws, they lie there hand in hand.  Ones we’ve inherited, ones that we learned, they pass from man to man,” when we all fell completely in love with the him and the band.  The grand finale of “Pompeii” was a beautiful mix of the continued light show and the entire crowd singing closed an unforgettable night.

Do pick up their newest album.  It is by far the best quality sounding album I’ve ever bought.  (Kudos, Bastille!)  Don’t have a record player?  You can also pick up Bad Blood on iTunes and CD.  With easy to sing lyrics, a nice mix of slow and dance tunes, it will evoke memories of  this great live concert for a long time.

Was it worth it to those that arrived at 8 a.m.?  You bet.  They said they’d do it again.  I’ll remember that when these guys come to town again.  Also, expect an even bigger venue.  They’re going to need it. 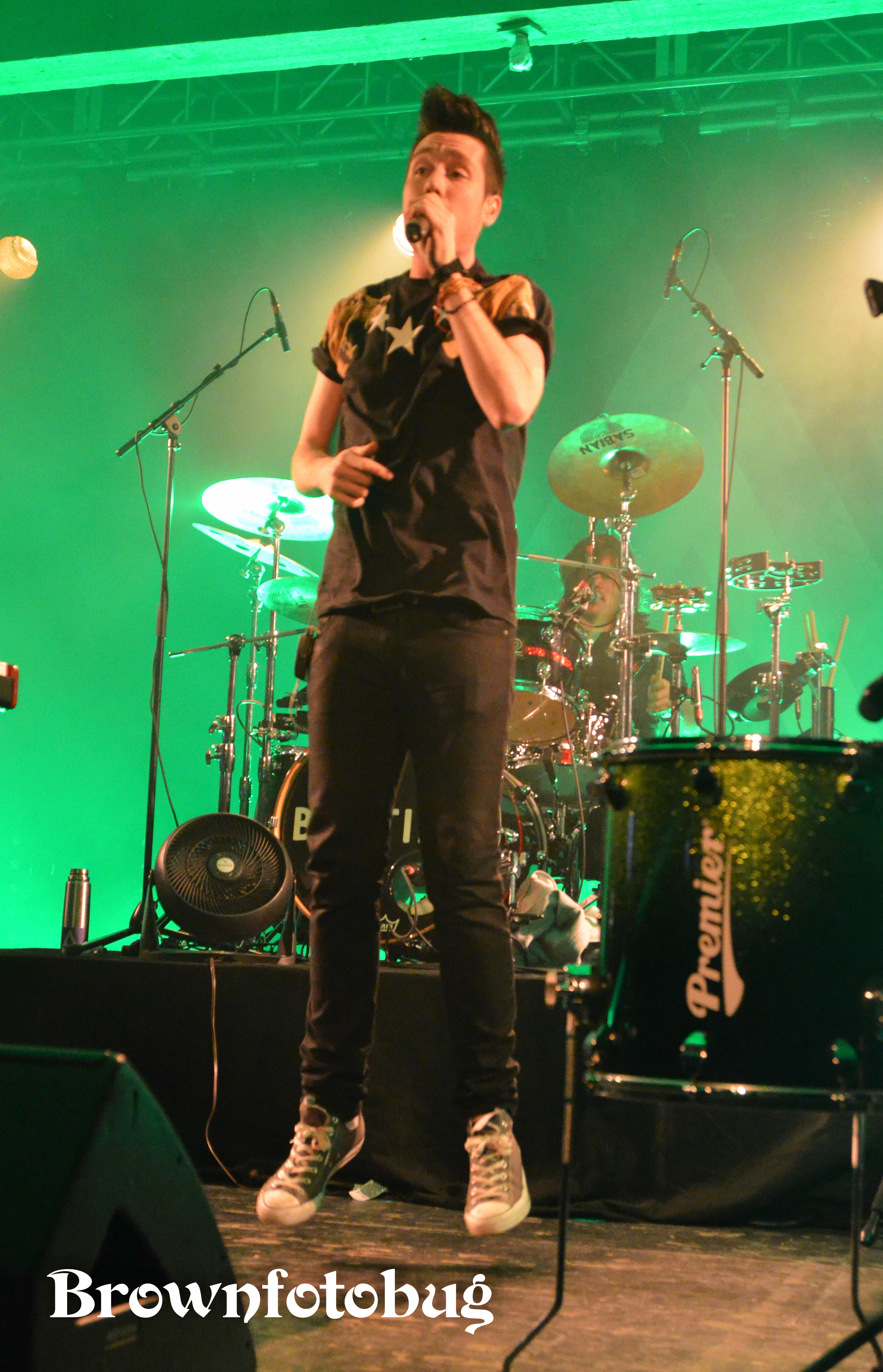 Arlene Brown is both a writer and photographer for SMI. She likes to take things one picture at a time. Covering and reviewing shows from Soundgarden, The Proclaimers, Lorde, The Head & The Heart, to Hank3, Bob Log III, New Politics, Black Joe Lewis, Grouplove, including local and national rising bands and more, she truly loves to try to get that perfect shot. Looking for that raw emotion, energy, power that only live music can deliver, she captures the essence of a show in her own unique style.
Related ItemsArlene BrownBad BloodBastilleSeattle Music HappeningsShowbox SodoTo Kill a King
← Previous Story Young the Giant blows minds at Showbox Market (Photo Slideshow)
Next Story → Kris Orlowski Releases New Album with help from Campfire Ok and St. Paul de Vence