By Dusty Henry on September 6, 2013@MrDustyHenry 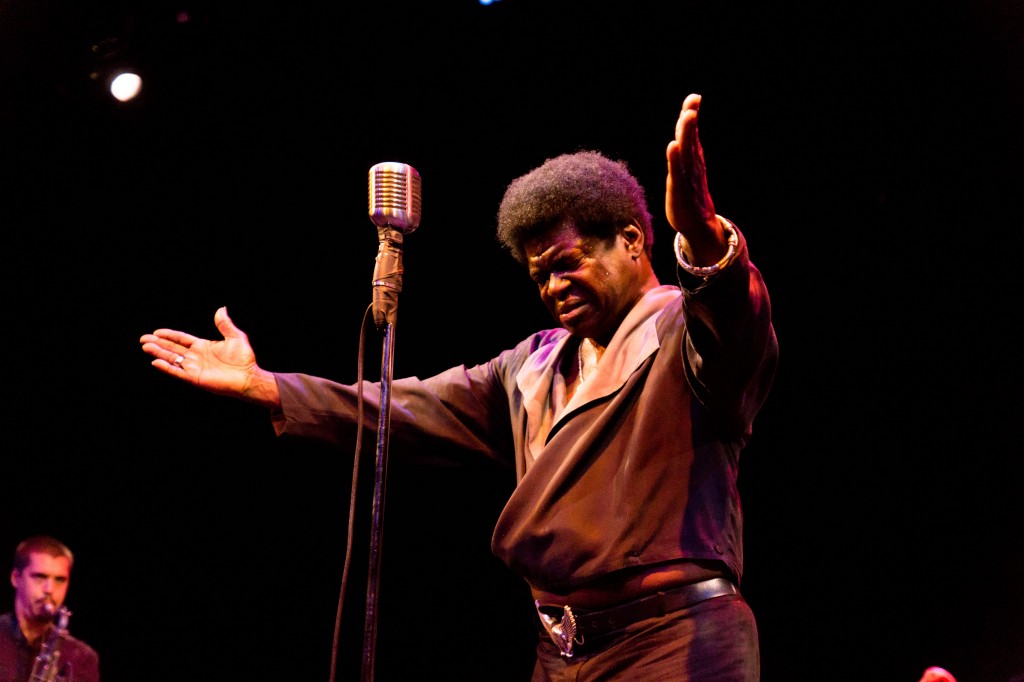 Instead of easing in to the weekend, Bumbershoot started with a wallop of talent this year.

Compton rapper Kendrick Lamar gave a fierce performance at Key Arena. The crowd was still reeling from Joey Bada$$, who played right before, but Lamar’s performance was showed him to be the more seasoned showman. Lamar’s set delved heavily into his recently certified platinum album Good Kid, M.A.A.D. City. Instead of opting for a DJ or backing track, Lamar had a full band including a guitarist, drummer, bassist, and synth player. All of the instrumentalists stood in light at the back, giving Lamar the whole stage to jump and dance and hype up the crowd.

“Backseat Freestyle” set things off with Lamar getting the audience to sing the hook while he ripped through fire verses. He even broke out his verse from A$AP Rocky’s radio hit “F***in Problems” – doing the entire verse twice. “M.A.A.D. City” with the entire backing band felt almost like a rock set, with Lamar heading banging between verses. Lamar wasn’t afraid to shy away from the more mellow tracks in his repertoire. “Bitch Don’t Kill My Vibe,” though more somber and appreciative than some of his other tracks, was far from a lull in the set list. The crowd sang and danced through the whole thing.

Charles Bradley and his Extraordinaires took this a more soulful route with their passionate performance on the Starbucks stage. Bradley’s voice howled would howl with fervor then dip into sultry lows. The set fixated on a message of love. The band’s crisp playing gave Bradley the canvass to spread his message as he danced, swayed, and crooned for the crowd. His voice channeled James Brown and Otis Redding, always feeling on point. During songs he would screamed and jump, bringing back an entire 1960s soul revival.

A re-energized Gary Numan provided some of the best highlights from Day 1. The 80’s hit-maker delivered intense performances in the KEXP music lounge and on the TuneIn Stage. Keyboards took a back seat to Numan’s tight guitar driven outfit. Numan has traded in his techno-pop sound in favor of a heavier industrial rock flavor. Numan and his band delighted the crowd with a edgier and harder driving version of his hit “Cars.”

!!! (Chk Chk Chk) grooved out at the TuneIn stage. Front man Nic Offer wore Rolling Stones themed short-shorts. Offer would strut and dance, sometimes going into the crowd, as the band played their new wave disco tunes. While not on the emotional level of Charles Bradley and his Extraordinaires, !!! did their part to bring something funky to Bumbershoot.

Thao with the Get Down Stay Down’s performance at the secret KEXP Music Lounge started the day strong with her off-beat, alt. country tunes. Thao’s sultry voice sounded smooth over her dissonant guitar parts. If Pavement and Ryan Adams collaborated, it’d likely sound like what Thao’s already doing. ZZ Ward also brought some bluesy charisma to the music lounge.

Washed Out and Crystal Castles held the mantle for modern electronic music for the day. Both incorporated blinding and rapid-fire light shows with distorted visual imagery. While neither are in line with mainstream Electronic Dance Music (EDM), the groups showed the importance of building off a groove rather than just making laptop noise. Each also incorporated live instruments, adding a human element to a rigid genre. Instead of easing in to the weekend, Bumbershoot started with a wallop of talent this year. 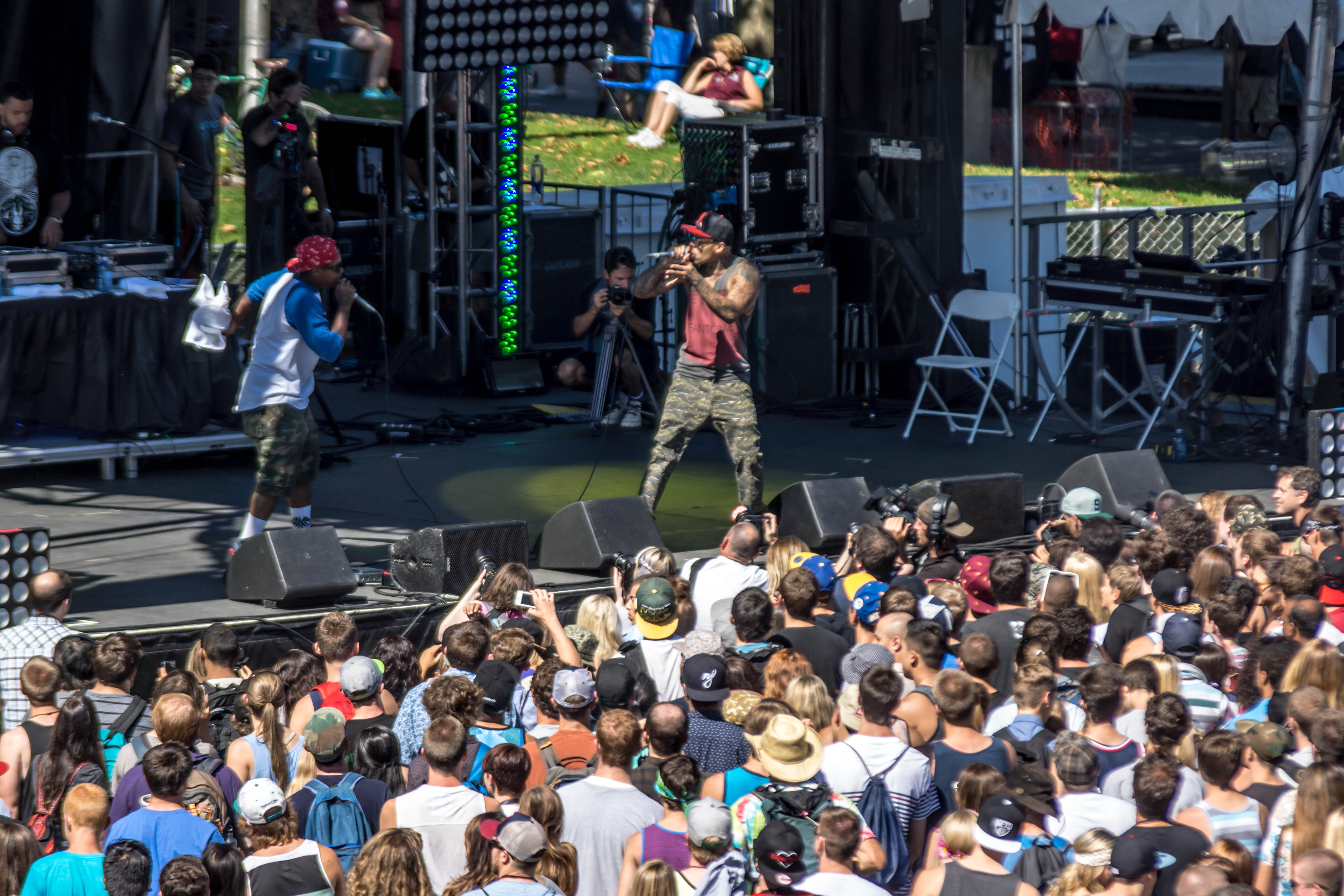 Dusty Henry got his first bite of the local music scene at a Schoolyard Heroes show in Bremerton, Wash. and has been craving it ever since. He graduated from Seattle Pacific University in 2012 with a degree in Journalism. He has written for CityArts Magazine, KEXP.ORG, SSG Music, Ballard News-Tribune, Queen Anne and Magnolia News, and more. He’s an avid record collector so if you see him digging through record bins (most often Sonic Boom in Ballard) feel free to say hello! Dusty also manages the local music blog PreAmp where he writes about smaller local acts and provides resources for bands as they continue to grow.
Related ItemsBumbershootCharles BradleyCrystal CastlesGary NumanJoey Bada$$Kendrick LamarKEXPSeattle Music HappeningsWashed OutZZ Ward
← Previous Story Melodic Caring Project to stream live from Bumbershoot
Next Story → Looking back on Bumbershoot 2013: Days 2 and 3 Highlights (Photos)